Driving Up The Coast

Being out on the road as much as I am, I've spent many a night in a small town who's sidewalks rolled up precisely at 7pm and there's no entertainment save for a dive bar at best or whatever is on the TV back in the motel. Often finding food can be a hit or miss affair in places like that. My usual tactic, regardless of the town, is to ask the hotel front desk clerk if they could eat anywhere in town where would it be? And if they answer with anything other than a national chain (you'd be surprised how often the answer is "Applebee's" or "Cracker Barrel") I generally take their advice.  Except one time when I asked a clerk at a hotel in Thompson, Georgia where he would eat, and in his deep southern drawl sounding a lot like the actor Leslie Jordan, replied "Augusta".  I asked "Where's that?" He pointed out at the Interstate and said "50 miles that way".  The desk clerk in the bustling town of Medford, Oregon last night didn't reply with "Eugene" which is the next town up the road.  When I asked my standard question he suggested a local brew pub, which sounded like just the ticket. So after changing clothes my buddy Devin and I headed up there, and were very sad to see it had closed for the evening (it was only 730pm on Sunday night).

After driving around town for a bit, the only local option we could find in the immediate vicinity was a Chinese place. Chinese in a small town can be hit or miss for sure. One of the best I've ever been to was in of all places Aberdeen, Scotland. Go figure. We decided to give this one a shot -- and why not, it just had to be good. I mean it was called the "China Hut" for one thing, and you can't go wrong with any place named "Hut". And they also proudly declared they had American Food and Cocktails on their sign!  And there were a whopping two cars outside!  It was sure to be the best in town. 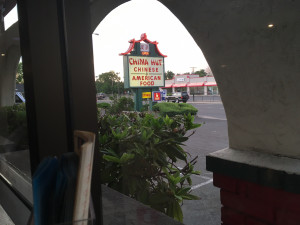 The menu was interesting, with a standard range of Chinese dishes, and a lot of American things too like hamburgers and steaks and fried chicken. I ordered some dumplings and General Tsao's chicken. The dumplings came with a nice tangy sauce. that was a tad red... and I mean RED! The restaurant and the food and particularly the sauce reminded me of the small town in the classic comedic movie "Waiting for Guffman".  If you've seen it you will remember  the local travel agent, played by Fred Willard, who despite his job, has never actually left the town at all, proudly declares at their local Chinese restaurant, "this is the real deal -- you can't get sauce this red in China". And indeed we couldn't.  And when the main course came -- complete with a fork, no chopsticks, well we knew we'd landed in the right place!  Yes, truly a culinary delight in the town of Medford.  How we ended up in Medford on a Sunday night is another thing entirely. 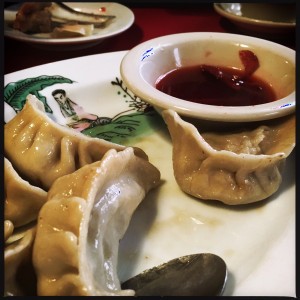 I've had company on my trek back up to Seattle from Palm Springs, and its not just the Hummerbear on the dashboard. My old friend Devin flew in from New Jersey to ride up with me, having been some seven years since he was last on the west coast. I was sad to leave the desert as I mentioned, and the first few miles were difficult driving -- the wind through the pass pushing me back East for one, and the tears for another. But I got past them both and am looking less and less in the rear-view mirror and more to what lies ahead. 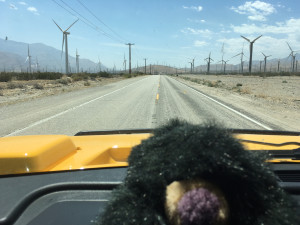 I picked up Devin at LAX the next morning and we set out for Hollywood. He's never been to LA and that's the one place he said he wanted to see before we headed up the coast. So we did the usual -- went past some movie studios, down Sunset Blvd, past Rodeo Drive, and to Grauman's Chinese Theater to see the footprints. And we walked down the "Walk of Fame" and looked over the stars -- ones we all knew and many we'd not heard of and quite a few that I'm sure are now "forgotten".  But I did happen upon the star for the one and only Gloria Swanson, i.e. the great Norma Desmond in Sunset Blvd. -- now lost amongst the forgotten folks of yesteryear -- rather appropriate I guess.  Given that I found that star, and we'd stopped by the Paramount Studios Gate, it was a sign then that I had to walk up the hill to another Sunset Blvd. movie icon -- the apartment building where Joe Gillis, played by William Holden, lived before moving in with Norma to that great big old mansion out on the 10000 block of Sunset.  I imagine today those apartments are far from the run down cheap ones that a struggling screenwriter in the 1950s would have rented. 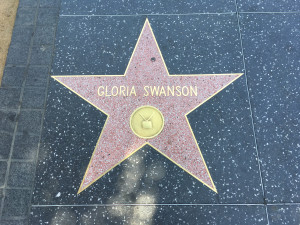 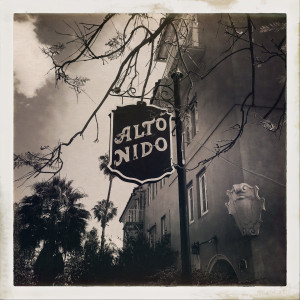 After that we headed out on the Hollywood Freeway, aka US-101 and up the coast, out past Ventura and up through Carpenteria and Santa Barbara and into Pismo Beach for the first night on the coast. It was a glorious sunset out on the pier, watching the surfers for a while before walking up the street and grabbing a bite to eat. 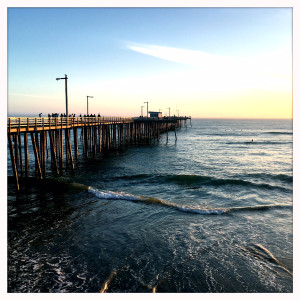 The next morning we headed further North, sticking to the 101, up through San Luis Obispo and Salinas before going through Santa Cruz and into San Jose. The next day Devin wanted to head into the city and explore some of San Francisco, especially the Castro neighborhood. So we hopped on BART rather than drive the loaded down Hummer into San Francisco and attempt to find parking and all. It was a very nice day in the city and towards the end as the sun went down and the neon on the old Castro theater came on, it got rather chilly to say the least as San Francisco can be this time of year. So we headed back to the hotel to get an early start on the road Sunday, taking a vintage 1940s PCC street car back to the BART station. 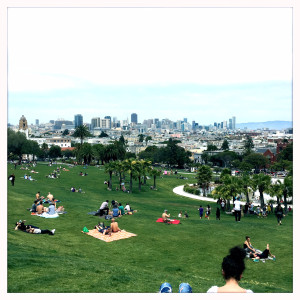 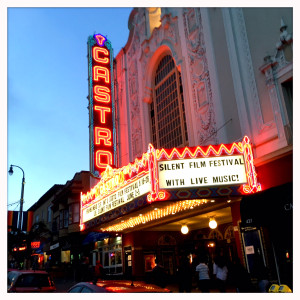 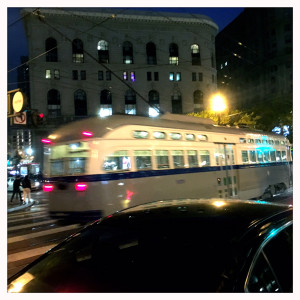 The Golden Gate was shrouded in fog as we left the city on Sunday and headed up the long drive towards Mt. Shasta and into Oregon. But as soon as we left the bay area it warmed up and stayed unseasonably and record breaking hot the rest of the day, to the point that it felt like I was headed back to Palm Springs rather than away from it. It was 95 degrees in Mt. Shasta, CA at 3pm, and was still in the 90s at 8pm when we pulled into the China Hut in Medford.

The Seattle Times reported record heat in Seattle yesterday and all this week.  We plan on getting to Seattle in a couple of days, giving my tenant time to move out of the house and clean. But it kinda feels like I brought Palm Springs back to Seattle with me with this heat.
Subscribe