A River Cabin, Windy Roads, and Obtuse Cows - Life In The West

It was a quick 70 mile ride south from McCall to Garden Valley and my friends ranch and guest cabins on the South Fork of the Payette River at the Rockin' Pines Ranch on Thursday morning. Dennis, Robin, David and Sarah are two couples who own a large multi-state privately held corporation and were a long time client of my old lobbying practice. Denis and David are brothers and they grew up in this part of Idaho and expanded their old family cabin into a stunningly gorgeous estate for family and friends to visit. I'm very fortunate to be included in the latter, and this was my first visit. Robin did the decorating and used a number of my prints in the cabins too, so this was my first chance to see the finished results. 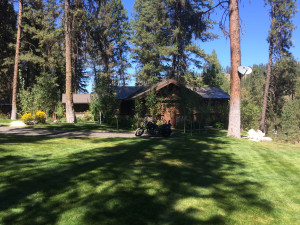 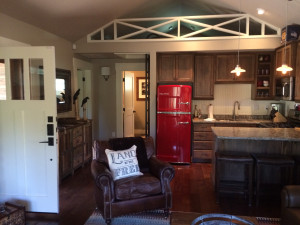 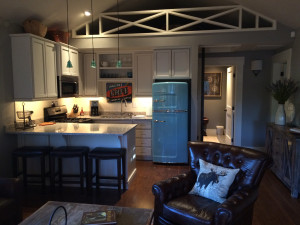 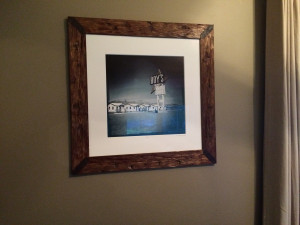 I had a great day and a half with them and their four golden retrievers named Hank (Williams), Buck (Owens), (George) Jones, and Sam. We spent an afternoon riding quad ATV's up the mountain behind the ranch overlooking Garden Valley, and then had a wonderful patio dinner and late night conversation. I loved how they had my prints framed and how well they looked inside the cabins. It was like staying at a high-end mountain resort decorated like a Sundance catalogue. 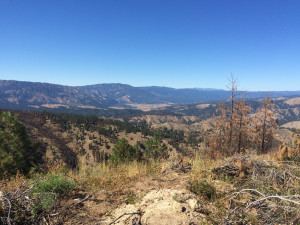 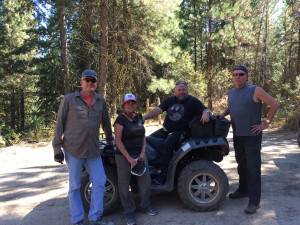 It was crisp when I got up in the morning and went over to the main house for breakfast, but had warmed up a little by the time I left around 10am, had warmed nicely by the time I got to Riggins, ID on the Salmon River, and ended up being over 90 degrees by the middle of the afternoon when I was in Lewiston. A last gasp of summer it appears as the fall rains are due back next week right after I get home. I hated to leave and I expect to visit when I'm in the area again. I had a wonderful ride up through Round and Long Valley and into McCall. The Idaho high country is beautiful, with lots of yellow-green  meadows full of grazing Angus cattle, fly fisherman on the Payette river, and small ranching towns scattered here and there. It's very different than Southern Idaho where I spent a lot of my time as a kid visiting relatives. South of Boise it's almost an entirely different state. I imagine I could live up here if it didn't get 40 below and have 10 feet of snow in the winter.

After McCall the highway drops down down down into the Salmon and Snake River gorges and the Hells Canyon area. At the bottom just past Riggins is the small town of White Bird where the Salmon river forks come together and flow towards the Snake. It's the bottom of a very steep hill known as the White Bird grade, and David had recommended taking the old original route of US-95 up the hill. The modern route was graded in the 1960s and pretty much goes straight up (or down if headed South). In fact the "down" side has three runaway truck ramps it's so steep and long.  As I pulled into White Bird I was feeling a little hungry and there was a nice deli with parking in the shade for Angus and I decided to take a chance I'd find something nice and healthy-ish.

Inside though was essentially a Green Bay Packers fan store with a small lunch counter. This little hole in the wall was literally wall-to-wall Packers posters and memorabilia. The place was named "Connies Corner Deli", but the only person there was a guy named Mike who was the cook.  Turns out Mike was from Wisconsin and all he could talk about was football, telling me about seeing Green Bay in Seattle, and the last game Brett Farve played etc. He made me a nice grilled chicken breast sandwich with about the best locally grown tomatoes I'd eaten in ages. I paid him with a $20 and he didn't have change so he had to dip into his personal stash and give me 12 ones in change -- told me "it 'll come in handy at a stripper joint if you pass one..." 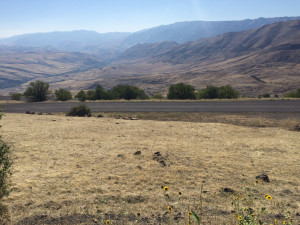 There being no stripper joint in White Bird for me to toss the ones out at, I climbed on Angus and headed up the old US-95 grade. The picture above is taken about half way up. If you click on it you can get a bigger view. On the left in the trees at the bottom of the canyon is the town of White Bird. On the right on the ridge, the long diagonal straight line is the new alignment for US-95. The switchbacks and curves and squiggles that resemble a can full of worms or a malaria germ are the old road. It was a very cool albeit slow ride up, and I can't imagine when this was the main highway.

And about half way up the grade I come putting around a corner and there ahead of me is a small heard of cows standing in the middle of the road. They stood there looking at me, not moving. They can't go very far to the left as it's a steep hill up, and to the right is a steep hill down. So there we sat, staring at each other for a while. I honked the horn. Nothing. I honked again. Nothing. I yelled. Nothing. Just cows staring blankly back at me. It's not like they were even eating, there's no grass in the road. They just stood there being obtuse. I eased up. They stayed put. I got closer. They stood there. I got about two feet away and honked, they moved a little to the side. I honked and revved the engine. They moved a little. I moved up, they got a hint, and then started milling about, but there was still no clear path forward. I honked, revved and yelled, and they finally moved enough for me to inch through. It's like I was intruding on their territory, not the other way around. The joy of driving in open range country. 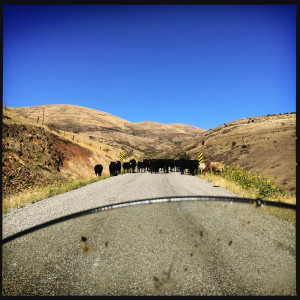 The rest of the ride was nice, although a bit warm for this late in the year. Still, it was very pleasant and quite pretty riding across Camas Prairie and down into the Clearwater River valley and into the twin cities of Lewiston, ID and Clarkston, WA (yes that Lewis and Clark) where the Clearwater and Salmon rivers meet. I picked up US-12 and followed it up the Salmon for a ways before the highway turned inland and into the Palouse. The wheat has all been harvested, but it's a great ride through the small towns of Pomeroy and Dayton, both with wonderful small county courthouses, and in Dayton it was the Columbia County fair this weekend. I wished I'd had time to stop and wander around a small county fair -- I haven't done that in ages. But it was getting dark and I had another 50 miles to go to Walla Walla where I camped out for the night. 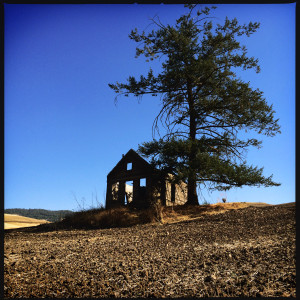 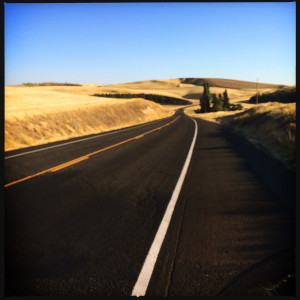 In all my rides and travels this is the first time I've stayed in Walla Walla, and it has a charming downtown that I'd like to have time to explore a bit. But it will have to wait for another time I guess. Thanks to a chatty Green Bay fan, a steep windy road, and a heard of obtuse cattle.
Subscribe