The "NO!" Burger Joint

While we were having dinner Tuesday night, Cindy and Heidi told me that as I was leaving Coeur d'Alene in the morning I absolutely had to stop at Hudson's Hamburgers. The place has been around apparently since 1907 and is an institution -- named one of the 50 best burger places in America too. It doesn't serve dinner and lunch is packed, but they open at 930am. Yes, burgers at 930am. I'm a burger fanatic, but at 930am?!? Plus I've really been trying to watch what I eat lately, but their description and insistence got the better of me. 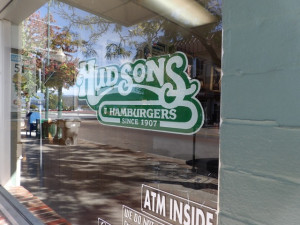 The place is a literal hole in the wall joint, right on Sherman St., the main drag in CDA. It's at best 8 feet wide and 40 or so feet long. It serves burgers. Only burgers. And burgers only made their way. As they proudly proclaim, with a big NO in a circle with a slash through it:  NO lettuce, tomatoes, mayo, yellow mustard, relish, milkshakes, sesame seed buns, bacon, cheddar chese, provolone chese, jalapenos, onion rings, mushrooms, avocado, straws, credit cards, debit cars, french fries..." So basically what you have is a burger with American cheese, or not, pickle and onion and katsup. No sides. Except pie -- several pies to choose from, and a few sodas. Thats it. So I motor up on Angus and park outside and walk in. At 930am it's jammed. The single cook behind the counter asks me what I'll have. "One cheeseburger to go," I said. He walks to the small fridge, pulls out a tray of meat, makes the patty and puts it on the grill and then slices an onion and a pickle and puts them on the bun. Four minutes later he hands me a wrapped sandwich and off I go, planning to eat it somewhere down the road for lunch. Somewhere down the road turned out to be the small town of Kendrick, Idaho, where I pulled off to rest in the shade of a lovely downtown park. Even cool the burger was fantastic! I'm not sure if its the seasoned meat, or the pickles (and I'm not a big pickle guy), or the Walla Walla sweet onion or the combination of it all, but it was damn good! So if you are ever in Coeur d'Alene (or CDA as the locals call it), Hudson's is a must stop. Even at 930am. 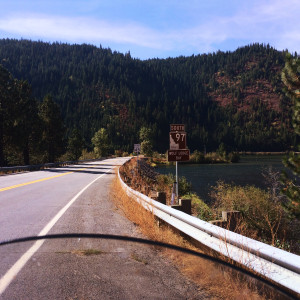 Cindy and Heidi also suggested altering my route and riding out of CDA on I-90 for a few miles and then picking up ID-97 since it runs along the East shore of the lake. And like the burger, I'm glad I listened to them. What an amazingly beautiful ride. It was a pleasant 70 or so when I left, and not a cloud in the sky. Lake CDA is gorgeous, and much bigger than I thought it would be. The road ambled along the shore for a good 30 miles until it climbed up into the high mountain valley and connected with ID-3 which I rode almost all the way to Lewiston. Once again I enjoyed sunshine, warm temperatures, and little to no traffic. However, the combination of the later start this morning, the windy road, and stopping to take pictures and make notes for the article means I got further and further behind in my imaginary schedule. 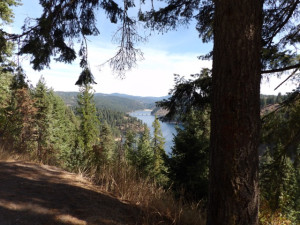 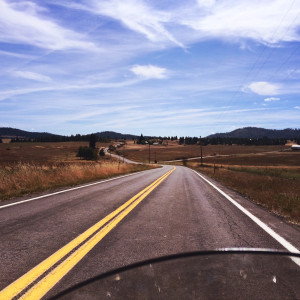 Just outside of Lewiston I realized that making it as far as Garden Valley and my friend's ranch on the river where I had planned to spend a couple of days in their guest cabin was not going to be advised. And I forgot, as I sometimes do in this part of the country, that I would drop into the Mountain Time Zone and thus lose yet another hour. I didn't want to be riding strange roads in the dark trying to find their place and worry about hitting wildlife, so I called them and said I'd be spending the night in McCall about 50 miles from their place and I'd see them in the morning and I'll still get to spend a night there enjoying the place and my friends who I haven't seen in a couple of years.

Leaving Lewiston the highway runs through the Nez Perce Indain Reservation and then climbs up onto what is known as the Camas Prairie region, another vast expanse of wheat farming, but with a few clumps of pine trees growing here and there in the altitude of almost 4000 feet, and outside of Granger is the worlds best Doggie themed dog park and B&B. Note the human outhouse in the shape of a fire hydrant. The road then drops way down very very fast into the Hells Canyon recreation area along the Snake River -- a gorge that is deeper than the Grand Canyon. 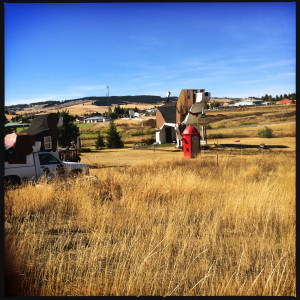 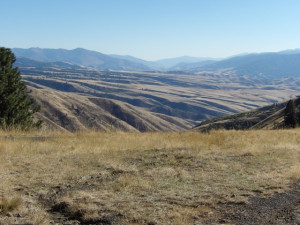 At the bottom of the gorge are the Snake and Salmon River's, and the highway follows the Salmon up stream and gradually climbs higher until it's back in the pine forests and into the Payette River valley where the town of McCall is. I checked into the Holiday Inn Express around 745pm Mountain Time and quickly washed off a days worth of road grime and bugs before riding up the road a mile to the Mill tavern which I had passed on my way in. A bunch of bikes parked outside told me it would be good, and it was. I had a nice halibut steak and some veggies (back on my good eating kick), but I fell off the wagon and had an "Ice Cream Potato" for desert -- it is Idaho after all. Essentially it's a potato shaped blob of vanilla ice cream, rolled in cocoa powder and some nuts so it looks like a potato, with a blob of sweet whipped cream instead of sour cream on top. 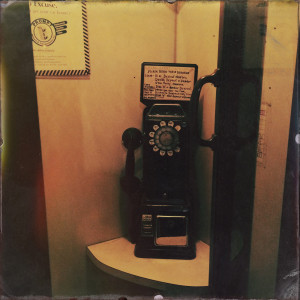 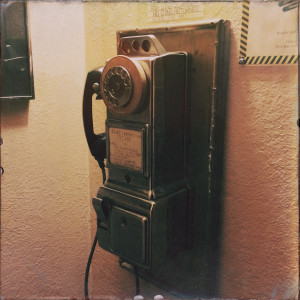 As I got ready to leave I noticed though that this old place still had classic original and working phone booths, complete with rotary coin operated machines. Talk about a time-warp. The waitress said that its always funny to watch kids try to use them and they have to be told what to do. I guess I really am getting old. I grew up in the phone company -- Dad worked for and retired from the old Mountain Bell. I'm old enough to remember when the phone company meant something and was THE big entity in the country. Its amazing to see that in my lifetime the traditional wire-line phone company has all but disappeared, much like the horse and buggy vanished at the coming of the automobile. Does this mean I'm getting closer to geezerhood?  I hope not.
Subscribe