Last Big Ride Of The Year

I'm working on my second big freelance writing assignment for a major national magazine -- writing a motorcycle trip story about a ride through the Idaho panhandle. It's a tough job -- being paid to ride my motorcycle through a gorgeous part of the country, stay at nice hotels and eat at nice restaurants and then write a story about it so others can do the same. Somehow I'll force myself out of "pretirement" and do it.  But first I had to get over to my starting point -- Spokane, Washington and Coeur d'Alene, Idaho.

I loaded up Angus Monday night so I could get an early start on Tuesday, hoping to get out of Seattle before traffic got too bad. I realize now that there is no such thing as "before traffic got too bad" in Seattle anymore.  Even leaving before 7am puts one into nasty morning traffic. It was slow going all the way into the city and across the lake to Bellevue where it finally opened up. I opted to take the dreadful I-90 over Snoqualmie Pass to save time. Just past the town of North Bend, as the freeway really starts climbing the pass, a pickup truck towing a trailer with some concrete electrical vaults on it in just front of me lost one of the concrete lids to a vault and it came flying off the trailer about 10 car lengths in front of me. We were both in the center lane, the lid fortunately went flying off to the left and I was able to cut to the right and avoided running into a flying cement wall at 70mph. The driver didn't even notice and kept going.  I throttled up and tried to explain it to him and he flipped me off. Gotta love the karma there right.  Well nothing like a near-death experience to keep your heart racing until exiting off on the other side of the summit in the small town of Cle Elum for a quick stop at the venerable Owen's Meats for some dried sausage for the trip.

Any ride that gets anywhere near Cle Elum is pretty much required to stop at Owen's. It's an amazing store -- sawdust on the old wooden floor, long meat counter, and the best sausage and jerkey and cuts anywhere. I know people who drive over the pass with coolers to load up here. As their slogan says "You can't beat our meat!" (It really does say that on the door.) Unfortunately they were out of my favorite, so I settled for a bag of pepperoni strips, and headed up over Blewett Pass. 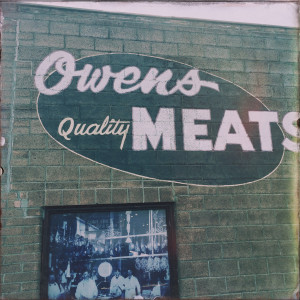 It's already starting turning into Autumn -- the air was cool and I was smart enough to take my heated jacket liner -- and the leaves were starting to turn yellow and red. A few high clouds in the sky and no traffic on the day after Labor Day made for a very nice ride over that pass and down into the apple capital of the world, Wenatchee, Washington. 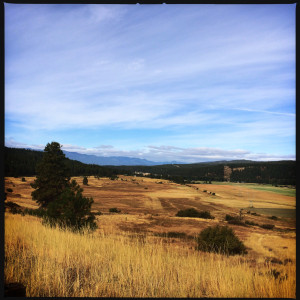 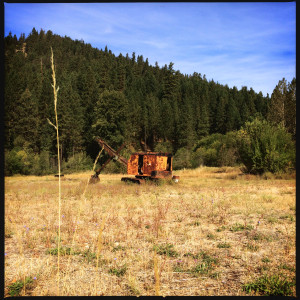 Its apple harvesting season, and the orchards were full of migrant workers on ladders and large bizarre looking trailers that are used to pick up and carry the huge stacks of packing crates to the plethora of packing houses that dot the region. The roads are lined fruit stands galore, offering locally grown fruit and "antiques", and the weather had warmed up enough that I could ditch the jacket liner.

East of Wenatchee all the way to Spokane I'm on US-2. This is the northern most transcontinental US highway, and is always my preferred route when riding through Eastern Washington. To me it's a very scenic highway. I suppose that sounds like an odd statement to a lot of people, especially folks who have traveled it, but it's one of my favorite roads. No, it's not "scenic" in the traditional sense -- there are no mountains, or rivers, or lakes -- or even trees. But it's still beautiful in it's own way I think.  It's a very quiet road for one thing -- not a lot of traffic. When people picture Washington, more often than not they think of the coast, or Puget Sound, or the mountains and forests of the "Evergreen State". But that's only the Western half the state. Over here this could really be called the "Evergold State" -- countless miles of golden wheat fields surrounded by an endless sky. You'd almost think you were in Kansas, right down to the abandoned prairie type school houses. And I love watching the combines harvest the grain. 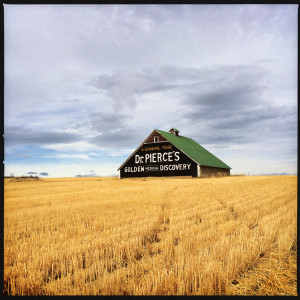 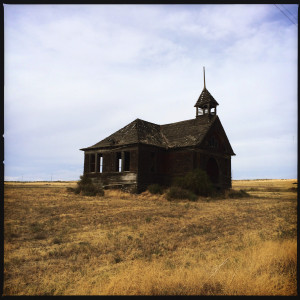 All along US-2 are a string of quaint towns too -- places like "Waterville", "Heartline", "Almira" and "Wilbur". Places that look like they haven't changed since the 1930s, with old garages, cafes, a small bank or hotel, a farm implement dealer, and if it's a county seat like Waterville and Davenport, a grand little courthouse. And best of all, nary a chain store or restaurant to be found anywhere. I didn't pass a single WalMart of McDonalds between Wentachee and Spokane. There aren't many places where you can say that these days at all. 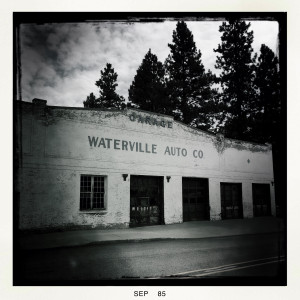 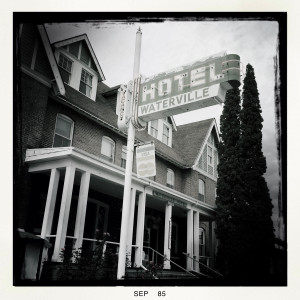 It's one of the best 120 miles in the State. One doesn't really see any sign of significant population until just outside of Spokane, the "capital" of the "Inland Northwest". There US-2 merges with the awful I-90 for a run across the Spokane Valley and over the state line into Idaho and lake Coeur d'Alene and its namesake town.

This is a nice resort town on the shores of the lake, with a charming downtown area. And in order to get the lay of the land I met up with two very charming sisters of a great friend and former neighbor in Seattle, Kim. I'd never met either of these ladies face to face, but one of them -- Cindy -- is one of my biggest fans and has been very encouraging of my photography and my writing. She and her sister Heidi graciously offered to show me around the town. I don't think I've ever had two women want to take me out on the town but we hit a couple of bars and finished up at a wonderful neighborhood restaurant -- all in the name of research for the article I'm writing. Like I said, it's tough work.  We watched the sunset over the lake and then spent three hours gabbing like old friends. It's a wonderful thing to be able to meet up with people you don't know and have an immediate chemistry that makes strangers into instant old friends. 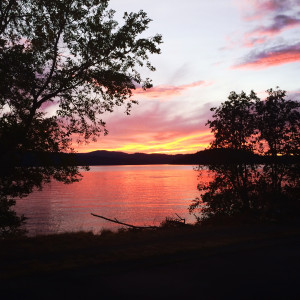 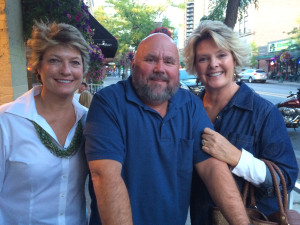