They Still Use Helpers in Helper

Our "Guys Weekend" has become an annual event for me and my oldest and best friend Dave Harmer. It's where he and I go do things that can only be described to our friends and families as "Dave and Gary Stuff". Dave and his wife Elayne and their four kids live in Bountiful, Utah, just north of Salt Lake and I always see them when I'm in town. Our trips though are just the two of us and it is one of the highlights of our year. Dave and I have been friends since I was 15 and he was 14, and the best way I can describe our relationship would be two close brothers. We share a lot of the same affinities, philosophies and outlooks on life, and most importantly we both are two of the only people we know who can spend hours doing things that are about as exciting to the rest of the world as watching paint dry, like watching long slow coal trains go past. A prime example of "Dave and Gary" stuff. 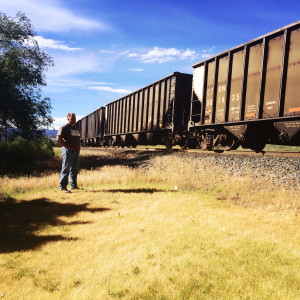 Dave and I can both love maps -- and we read them as if they were books. We both love the West and the things that made the West: ranches, and mines and railroads and roads. He and I can literally spend hours if not days reading maps and finding places to go; exploring old ghost towns and mining camps, climbing up mine tailings, crawling in and over mine tunnels and rusty old abandoned equipment from the turn of the century that was used to, blast, carve, explore and extract. We can walk for miles down old abandoned railroad rights of way and imagine when trains ran over them. And, as I said, we can watch and follow actual trains for miles and miles, or be happy driving along a highway that parallels a rail line watching trains pass. We both know that no one else save the two of us enjoy doing this like we do. And so every year we take a day or two and do it, just the two of us, i.e. "Dave and Gary" stuff. We've been doing it for nearly 40 years now.

This year we took off and headed South out of Salt Lake City towards Helper in Central Utah, where all of the remaining active coal mines in the state are located, and there are a lot of trains to watch. But on our way there we decided at the last minute to take a little side trip over to the West to the old Tintic mining district, and the string of ghost towns and abandoned mines there (some of which are being reclaimed and others actually operating in a limited way again now with high gold prices.) I'd run through here on the bike coming into Salt Lake a few days ago and wanted to go back and explore, so we took the morning and did that, driving our rented Jeep Cherokee high into the mountains of the basin and range area, almost as if we were 19th century prospectors looking for gold. Only our gold would be the remains of mines and the detritus that goes with them. 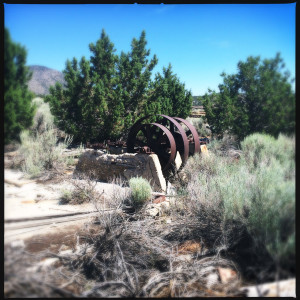 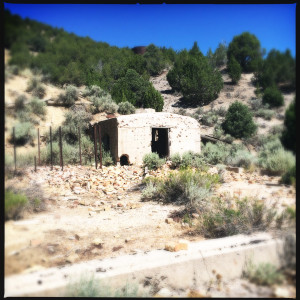 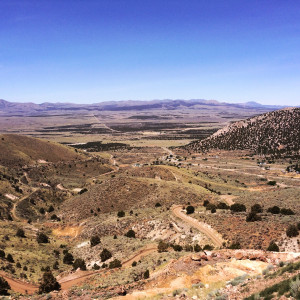 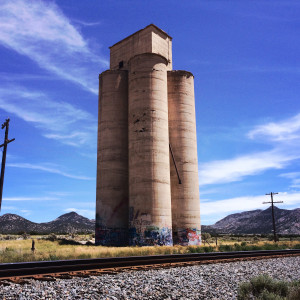 The weather couldn't have been better, with temperatures in the 70s -- unseasonably cool for July in Utah. And after a morning of exploring in the Tintic, we headed back East, down US-6 and into Spanish Fork Canyon, following the old D&RGW railway, which is now part of the Union Pacific. This was once a very busy railroad, the "Mainline Through The Rockies" as the Rio Grande billed itself. Now, after the merger with UP it sees only a few coal trains a day. We didn't know what to expect as we drove the 60 miles to Helper on the other side of Soldier Summit. Where some 30 years ago back in our college days in Provo when we'd go up there we could always count on seeing a few trains, this year we saw only one. But we still enjoyed the drive on the sparsely traveled road up and over the summit and down into the coal fields, watching the rail line and discussing politics and family and life.

The town of Helper is so named because it is where the railroad would add additional locomotives to help long heavy coal trains up and over the steep grade over the mountains -- i.e. "helper" locomotives. It sits at the start of the climb, underneath towering Utah bluffs. Following the railroad mergers in the mid 1990s, the through traffic on this line that connects Denver and Salt Lake City has dwindled as the UP routes most of its trains through Wyoming where the grades aren't as steep. Now pretty much only the coal traffic that originates from the mines in Carbon County climb the 2.2% grade up to Soldier Summit. When we pulled into Helper we saw a set of locomotives just sitting there waiting, and after poking around a bit, learned they would be assisting a long coal train headed to Stockton, California for export. We aren't burning as much coal so what we are mining is going overseas, so at least there is some work for the miners and railroaders here. 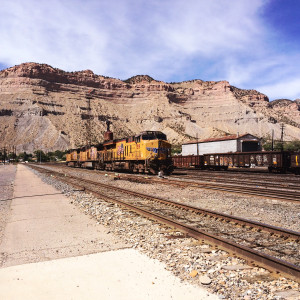 We spent some time watching as the long coal drag came in from the Southeast and they uncoupled the train in the middle to insert the helper locomotives and then the whole massive contraption started grinding slowly up the steep canyon grades to the West. We followed the train for a ways, the combined 24,000  horse power of the two locomotives on the front, three in the middle and one on the rear pushing, making a ton of noise as it struggled up the grade. At times the grade was so steep and the weight of the train so great that the speed of the train dropped to about 10mph. Several times we'd pull off and just watch and listen in awe at the cacophony of sound and motion as that much raw coal moved slowly up the steep canyon grade. 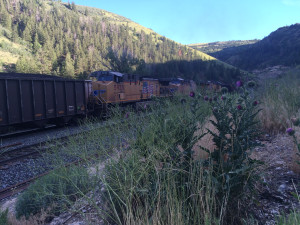 By the time the train crested the hill at Soldier Summit it was getting late and we watched it disappear to the West before we headed back down to Price for dinner and to crash at our hotel. Tomorrow we'll head out again, exploring old towns, old tracks, decrepit ranches, barns and cattle loadouts, old mines -- and new ones, and other "Dave and Gary" stuff, and just enjoying each other's company, working our way back to Salt Lake City -- and glad that for now at least, they are still using helpers in Helper. 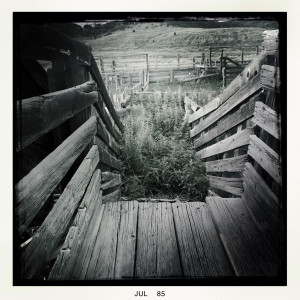