Racking Up The Miles

Its no secret that I love the road, whether it's on my motorcycle, or in any other conveyance. Today I headed out on my usual December road trip in the Hummer -- headed to Idaho and Utah to visit family for the holidays, then down to Palm Springs to spend the winter.  Angus is already on his way there in a moving van, and I'll have both the truck and the bike in the desert this year.

It was rainy as usual when I left Seattle this morning, but it cleared nicely when I got over the pass. Unlike on the bike I tend to stick to the Interstate for the most part in the truck, although I sometimes wonder why and am tempted often to detour, and sometimes I do. 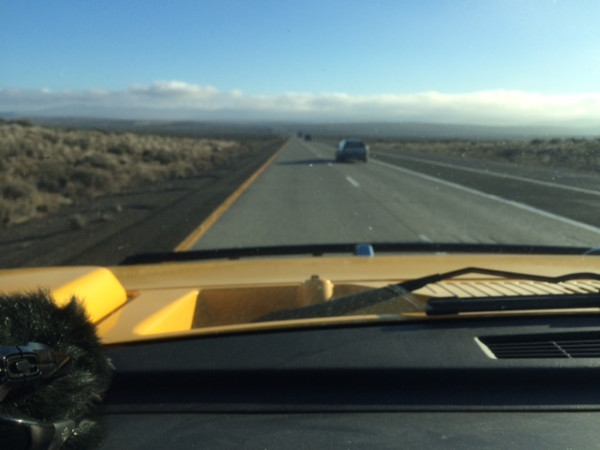 I bought the Hummer in 2007, just before the Government took over GM and discontinued the line. I kinda figure it's a "collectors item" now, and in a few years it will be like a Delorean. And I really like the truck -- how it looks, how it rides, the view I get from the driver's seat. And like the bike, it's accumulated a lot of miles. Unlike the bike though, which before I traded it in last month, had gone coast to coast and border to border and nearly 80,000 miles on, the Hummer is used mainly in city driving, and commuting to Olympia when I was working, and the anual holiday road trip.

Today though it passed a milestone. Somewhere between Thorp and Ellensburg, Washington along I-90, it rolled over 100,000 miles. I've never had a vehicle with that many miles, let alone put that many miles on one I've owned. When it came to cars and trucks, I tended to trade them in every two years or so,  including two other Hummers befor this one. But when they stopped making Hummers nothing excited me enough to trade it in on. 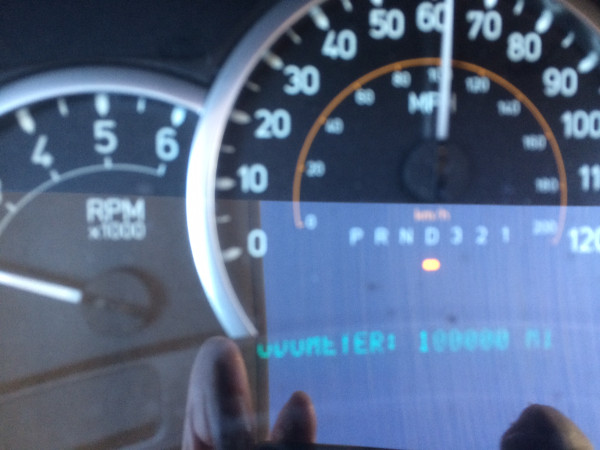 100,000 is an awful lot of miles, although I have several friends who have more than 150,000 on theirs. Its a hard number to comprehend and compare it with.  Its roughly 2,600 miles from coast to coast across the US -- so roughly 38 times back and forth across the US.  It's just under 25,000 miles around the earth at the equator, so 100,000 miles would be four times around the globe. Its 238,000 miles to the moon, so 100,000 is about half way to the moon. So, yeah, its a large number. And in the Hummer I've not noticed it. It's large comfortable seats and sound system means you don't notice the miles underneath your feet.

I have no intention of trading the truck in. It's been paid for for some time now, and it's in great shape. Gas prices are down now so I can fill it up for less than $100. And it's "iconic" and it's mine. By that I mean people know it's me -- how many folks still drive a big yellow Hummer? And I don't know what I'd trade it in on that I'd love just as much.  So we'll continue to rack up the miles, just like on the bike.  Exploring the world, seeing whats around the bend and watching the sunsets on the highway -- and maybe making it to 200,000.