Packing and getting ready to head to Palm Springs for the winter.  It's been kinda nice other than a few days of bone chilling cold and snow here, but I'm looking forward to seeing the folks for the holiday and then soaking up the sun all winter in the Desert. Here's my final column for the year:

Just in case you hadn’t noticed, we had an election last month. I wouldn’t be surprised if you didn’t notice, since we in Washington had the lowest voter turn out since Jimmy Carter was President, and nationwide it was the lowest turn out in an election in 70 years. And you wonder why things are as screwed up as they are.

It’s particularly interesting is that younger voters stayed away from the polls in droves this election. Granted there was nothing really hot on the ballot, and younger voters tend to come out for Presidential elections and that’s about it. Is it because they don’t care? Is it because they have become cynical at watching Congress and the state legislatures become increasingly dysfunctional? Or were they just to “busy” or “oblivious” to it all?

I’m actually leaning towards a combination of the cynical and the oblivious. Hey, I’m turning rather cynical as I get older and watch politics in this country deteriorate ever more and more. In talking to younger people I sense the same thing. And the obliviousness – or perhaps a sense of helplessness or futility even – runs deep in this present generation. After all why vote when nothing happens right?

But elections do have consequences as we all know, and what those consequences will be in the next two years remains to be seen. I must confess though, I’m not hopeful, and that makes me sad. I guess it’s a sure sign of me getting older and turning into a grumpy old curmudgeon. I’ll be turning 53 this month. And at the risk of sounding exactly like my parents (and most likely ever preceding generation of parents before that), “I just don’t get this younger generation.” 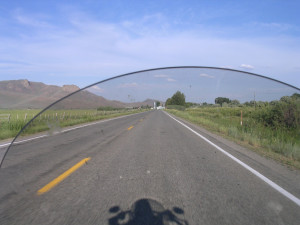 I remember back forty years ago and I couldn’t wait to drive – to get my license and hit the road. My mechanic father let me tinker with the cars and I was riding a motorcycle at age 12 and driving the car when I was 14. Now days, kids aren’t chomping at the bit to learn to drive. In fact a study by USPRIG shows young people today are not driving as much. My 17 year-old niece has no desire to get her license. And she lives in IDAHO!!! When we were kids Idaho was like never never land as kids got their learners permit at 14 and could drive at 15! In Utah we had to wait until we were 16. Kids today aren’t buying cars like we used to, and they aren’t hitting the road either. And that my friends will have a major impact on our favorite sport, as well as on how transportation issues are decided in the future. If you don’t drive who gives a rats ass about drivers and what they need?

This generation grew up with Mom or Dad shuttling them everywhere in the mini-van. They watched their parents get frazzled driving them in heavy traffic while they sat and watched DVD’s in the back seat, or played video games or stared at their smart phones. They don’t want any part of that life. And not to mention the cost of driving – of insurance and gas and car license fees and all – and without a job, how do you afford it? We have all but closed the door on teenage jobs here with the highest minimum wage in the country, so even if they wanted to drive they don’t have the means to do it.

And if they do get a license, its even more rare if they have the love of the road, or the freedom of the open highway that we riders all do. Road trips? Most new drivers haven’t been on them. They didn’t have parents who loaded them up in the family car and drove across a couple of states exploring, seeing the National Parks, or visiting relatives.  I doubt many kids today would have the wherewithal to take a road trip even if they wanted to. They’d get lost.

If you don’t take a road trip as a kid – watching the scenery go by, playing “Punch Buggy”, or counting license plates, you don’t develop that love of the road. If they do go on road trips, they watched videos in the headrest or played their Nintendo Game Boys and never looked up. I worry that they’ll get lost if their GPS goes out! I have another 17 year-old nephew who doesn’t even know how to drive his own car across town to his grandmother’s house!

And in the long run this will have a detrimental effect on motorcycle riding for sure. This new generation won’t want to drive, won’t want to spend the money needed to keep the highways in good repair, and expect non-drivers to pay for “their” transit systems. We’ll see increasing costs to operate vehicles because there will be fewer and fewer drivers, who won’t understand the costs they are imposing on us.

Eventually there will be more of “them” then there are of “us”, and we will pay the price. We already are in Seattle. It’s why I’m paying an additional $240 a year to license my vehicles in order to pay for non-drivers transit. And why shouldn’t they vote for that?  Doesn’t cost them anything.

Gary can be reached at roadsigns@comcast.net or http://www.grgardner.com, and you can read his blog at http://grgardner.livejournal.com
Subscribe