Does it Have To End?

The name of my Journal is "The Road Never Ends".   But last night it did -- for now.   I didn't want it to though.  Unlike Wednesday, Thursday was one of those days on the road you just don't want it to end.   The weather was cool but comfortable, and there wasn't a cloud in the sky the entire way home -- all 369 miles. At day three I'd just been getting into my rhythm of a road trip and now it was over.  And despite hitting downtown Seattle in the middle of rush hour on the freeway, I still had to ask myself "Does it have to end?" 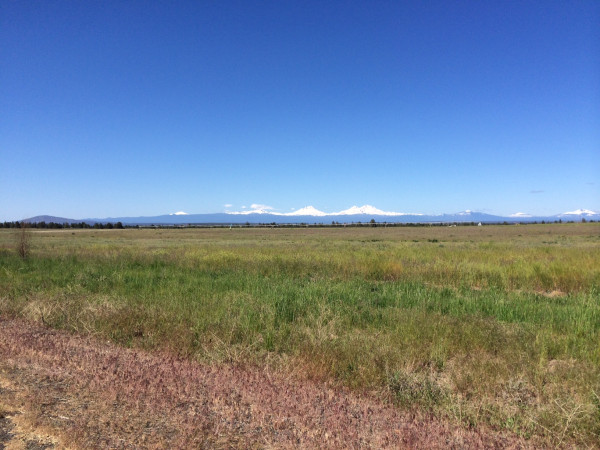 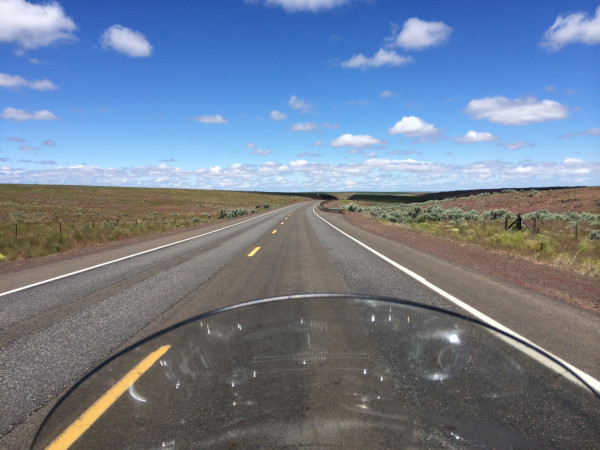 Leaving Bend, Oregon this morning it was chilly, in the high 40s -- but I had my heated jacket liner and heavy jacket and the sun was shining and there was no wind, so I was comfortable.   The high plains of central Oregon are an amazingly beautiful place.  Looking back towards Bend were Mt. Bachelor and the Three Sisters in the distance.   It's a very desolate place once you leave the urban environs of Bend and Redmond, and after the town of Madras the sign says "Next Gas 90 Miles."   I had the tunes cranked up on the i-Pod and other than some lonely truckers on the highway, I pretty much had it to myself until I crossed into Washington, and I was loving every minute I was on the road.  I'd ridden South on US-95 a number of times, but never North, so although the road from Bend on home wasn't technically "new", it felt like a new road seeing it from this angle, and some of my favorite little abandoned towns and homesteads like along this stretch of the road between Bend and the Columbia River. 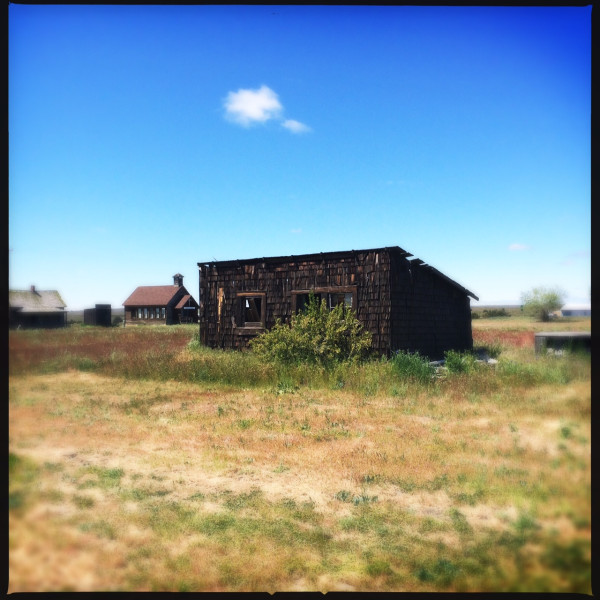 Climbing up out of the Columbia River Gorge into Goldendale, Washington, I realized that I was indeed close to home.   Mainly because of the propensity of Washington drivers to head to the left lane and go slow (like their politics), kept me passing folks on the right.   I stopped for a nice Mexican lunch in Goldendale, and just as I left town, Mt. Rainier came into view in the distance behind some clouds.  That mountain is dominating and captivating.   My friend Garland noticed that I reflexively look over towards where it should be when I drive across the West Seattle Bridge every time, just to see if it's "out".   She was indeed "out" today and I could see it for much of the ride, even when it was well over 150 miles away.   She is nearly impossible to photograph though.   But trust me, if you look close enough in the center of this photo you can see it behind some clouds. 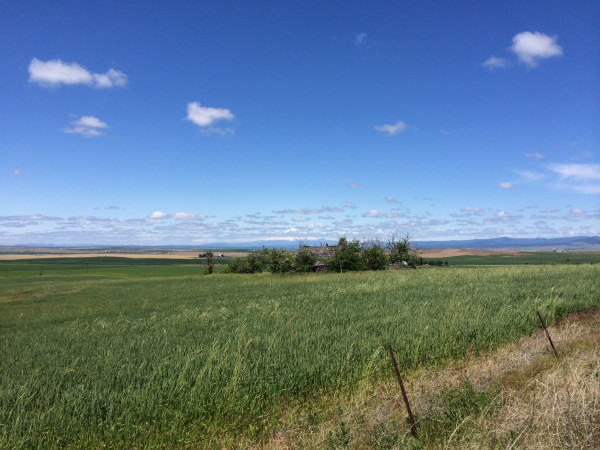 It's amazing to think that I live almost directly opposite this view and look at the other side of the mountain from my home in West Seattle.  Now I really knew I was getting close.   I stuck to US-97 all the way to Yakima (the Palm Springs of Washington 'ya know -- but having just come from the Palm Springs, I can assure you it isn't.   Maybe I should erect a sign down there saying "the Yakima of California"...but I digress.)   Leaving Yakima I took the old road up through Yakima Canyon, which is one of the best motorcycle roads in the state.  It was a very nice easy warm ride up the canyon to Ellensburg where I stopped for an energy drink and some fuel.   As is usual, I ended up in a couple of conversations with strangers at the pump and the mini-market about riding and where I was coming from etc.  There is something about a biker with a bag bungeed to his ride that draws people into conversations and stories, and its one of the things I love most about riding.

Leaving Yakima on the old highway, I rode it as far as I could before having to finish the ride on the dreaded I-90.  Unfortunately there is no other alternative of getting down into Seattle from any direction except on the freeway -- either I-90 or I-5.  But I milked it as far as I possibly could and out of the 369 miles today, all but 84 were on two lanes.  In fact, all but a few miles this trip were NOT on Interstate -- just a few miles of I-580 between Carson City and Reno, Nevada, and this last stretch into Seattle. But getting up on that freeway and merging into the rush of traffic headed over Snoqualmie Pass is not something I relish -- but even today it wasn't all that bad.

And now I'm back home -- here in the land of the Prius, where a local entrepreneur is starting a "100% Vegan/Gluten Free Ice Cream" truck (actually a classic VW microbus), and where the political spectrum runs from the left, to the far left, to "off the cliff left".   After five months in the desert and five months since leaving the lobbying profession I still have yet to figure out exactly "what" it is I'm doing.   Am I a writer?  An art photographer?  A wanderer-philospher?  All of the abover?   None of the above?   Who knows.  But I'm home for a while now, with lots on the plate to do around the house, and time to catch up with friends and renew relationships -- and to figure it all out.

And the road to figuring it all out? It's not an Interstate, it's a winding two lane affair, and that's the road that really never ends. 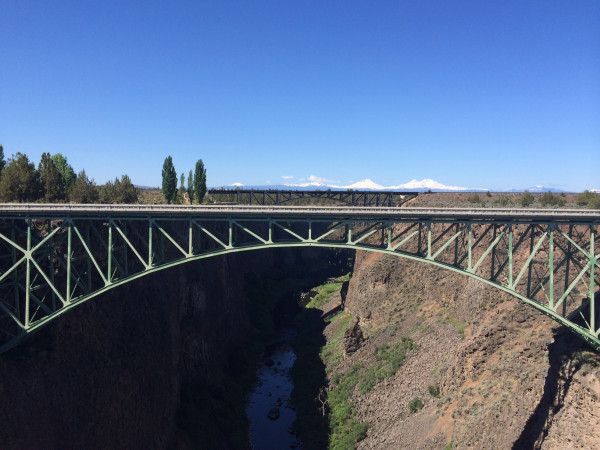