I'm packing and getting ready to head back to Palm Springs for a few weeks today, surrounded by the sounds of several industrial sized dryers and de-humidifiers that are roaring away to get me dried out from a minor flood caused by a leaky toilet tank this last weekend.  I had a friend visiting from Palm Springs and we'd left about noon, and when we came back at 6:00pm we found a cascade of water coming from the ceiling and all over the dining room, coming from the upstairs bathroom which had proceeded to flood the entire hallway upstairs too.   It looks like a lot of drywall will have to be replaced as well as carpet padding and who knows what else.   I'm glad I'm going to be gone with all this happening.

It was a nice four weeks back, with a lovely visit from some dear friends from the UK that I'll be writing about later, as well as a friend from Palm Springs.  I also got my taxes done and caught up on some projects here.   I'll be in Palm Springs for about five more weeks working on the book, and back here around Memorial Day.

Here is my column for the April issue of Quick Throttle.   The election I mention is going on now, and ballots are due back on April 22nd.  I got my ballot and immediately sent it back with the NO colored in.  I'm hoping my friends all do the same.   Now I have to figure out what to write about for May...and I'm drawing a blank.   Gotta love writers block....

So the Washington State legislature finished up their 2014 session on time and really didn’t do a whole hell of a lot. There was no transportation package passed which means no road improvements, or increase in state-wide taxes to pay for them. The legislature also failed to act on a number of other priorities for the state – or at least priorities of the various interest groups who claim to speak for the state. It really was pretty much a “do nothing” session, and thankfully it lasted only it’s allotted 60 days and for the first time in seven or so years, did not go into a special overtime session. Thank God for small favors.

However, there is a bit of a bright spot for us riders coming out of this session. The “traffic signal” bill finally made it all the way through the process, thanks to the hard work of the rider groups and their members who took time to contact legislators, and especially the venerable Larry Walker, lobbyist for the Washington Road Riders. At one point the bill appeared dead on the last few days of the session, being caught up in a volley back and forth between the House and Senate. Larry took the day off work and went to Olympia to do some heavy lifting and get the bill back in play and finally passed the House on a 91-7 vote and the Senate on 46-2. It does show that if the rider groups work together and if the members get involved in contacting individual legislators – a song I’ve been singing on these pages for four years now – that good things can get done in Olympia. Kudos to everyone involved from all the rider groups, and especially those of you who took time to call or email legislators.

This bill has been around for a few years now, and has passed in our neighboring state of Idaho as well as 14 other states. And despite the objections of the Washington State Patrol who’s mindset is that anything that isn’t “black and white” and is anywhere near ambiguous will cause a massive increase in traffic fatalities and problems, the bill finally got through. I think ultimately legislators felt some sympathy since they likely have been in similar situations in vehicles as well.

So what does this mean for riders? Well in those instances when we roll up to a light – be it a left turn arrow or a regular intersection and we don’t trigger the sensor, we have an option other than waiting for someone else to drive up and trigger it, or idling away until we run out of gas. It’s actually a very simple and common sense idea (but apparently too ambiguous for the State Patrol). The bill says that the operator of a street-legal motorcycle can: “if the traffic control signal, including the left turn signal, as appropriate, fails to operate after one cycle of the traffic signal, the operator may, after exercising due care, proceed directly through the intersection or proceed to turn left as appropriate.” 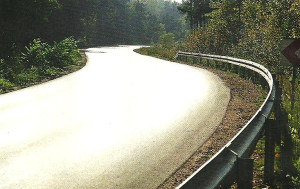 There isn’t a rider out there who hasn’t been in a situation like this. So next time you do, give it a cycle and then when it’s clear, you can proceed. I don’t think this will be used as a “gotcha” by police – in fact I’ve been stuck at lights and had cops wave me through because they knew or could tell. But if it’s abused by lazy riders who want to use it as an excuse to run a light that could change. The bill is now on the Governor’s desk – he has until April 7 – after this issue goes to press to sign it, but I’m going to assume he signs it. There is no reason to veto it, especially given the large votes in favor.  I would expect the State Patrol would suggest a veto, but I still would be surprised if the Governor followed through. Assuming he does sign it, it will go into effect June 14th. So wait until then to use it.

And although the Legislature failed to enact some sort of transportation funding package, voters in King County and Seattle where I live will be voting this month (ballots are due back April 22nd) on some extra transportation funding measures to address Metro transit and roads. I’m voting no. Not because I oppose transit or road funding – we need to find an alternative to the revenue shortfall since transportation funding is based on gas tax, which is a declining source of revenue. And we need to prioritize where the money is spent, and stop wasting so much of it on things like road “art.“

Yes, our roads are terrible and we need less cars on the road and more people in buses. But I’m voting no on it because the proposed $60 license tab fee is too high and exceedingly regressive.  A college student will pay the same $60 for a tiny Vespa as I will pay on each of my four vehicles, and a wealthy ex-client will pay on his $200,000 Bentley, and the Semi-truck driver pays for his big rig. We need to figure out a way to make license tabs more equitable for the type of vehicle, the value of the vehicle, and the amount of space they take up and damage they cause to the roads.

Had King County taken a nuanced approach to this rather than the sledge-hammer they did I’d be all for this tax. But this version deserves to be reworked and I’m hoping that the voters in King County will send that message back.