I understand now why people love to stay here in the desert in the winter.  It's been simply glorious the entire time I've been her and the sun feels so nice.  It's kind of hovered in the 70s for a while but this week we are in the upper 80s and low 90s.  I've been riding my motorcycle, Angus, in a sleeveless t-shirt and loving it.   I was scheduled to go home next week, but given the situation with the girls and both their need to have me stay and my need to stay and continue to work on the book, I started looking for a place to stay.   Fortunately my friend Chris in San Diego (

ironchefpinoy) had some friends who needed a house-sitter for their condo and two cats until mid-March, so I'll be packing up here at my friend Scott and Gwen's house, going to a hotel for a couple of days, and then moving into his friends condo, finally returning to Seattle in mid March.  The couple who's condo just asked if I could stay another couple of weeks as they are extending their trip but alas I can't.   It also looks like I'll be coming back to the desert in mid April for another month, as Madelon is giving me points in a time-share they own and never use.   With no family, I've become their family and with Mildred's health, they both have asked me to stay as long as I can.

Meanwhile, Mildred's health and spirits continue to improve dramatically.  After almost a week in the nursing home, her spunk, spirit and fight came back in full force and earlier this week she got quite riled up and insisted on getting out of the nursing facility and going home and wouldn't take no for an answer!   Madelon scrambled and got her into the nursing facility at their assisted living center so now Mildred is just down the hall instead of 10 miles down the road.   I went over the day she was being moved and found her sitting in her wheelchair ready to go.   If the transport people had been any slower she would have likely started to roll herself down Frank Sinatra Drive towards home.   She was smiling and happy, and the old fighting spirit was back.  It was great to see.

I had ridden over on Angus and was in my customary biker sleeveless shirt when I showed up at the nursing facility.  Showing up on a Harley in a nursing home always causes a bit of a stir for the sedate residents.   Mildred takes great delight in telling the nurses what a bad-ass biker I look like, but that "he's really not as mean as he looks."   Angus was parked outside next to the front door and so they wheeled her to the transport and were ramping her in when I asked if she'd rather go on the bike with me.  She laughed and said "soon", and with a big grin on her face they wheeled her up the ramp.

However, in all honesty I'm getting a little homesick.  Not for the weather.   No, it's been snowing back in Seattle.  But for my friends and my life back there.   I'm feeling kind of homeless -- house sitting and living in places that aren't mine.  It's different than being on the road for weeks on the bike in hotel every night.  Every night here I'm in someone else's home, in their bed, using their kitchen.  It's an odd feeling, but one I think I'm going to need to get used to.  And I usually get homesick for my place after three weeks on the bike -- roughly the same time I've been here.

But for now, it appears that Palm Springs will be my home until Mid March.   And Mildred is back in her home  at the Carlotta, with Madelon right down the hall, and we are all much happier. 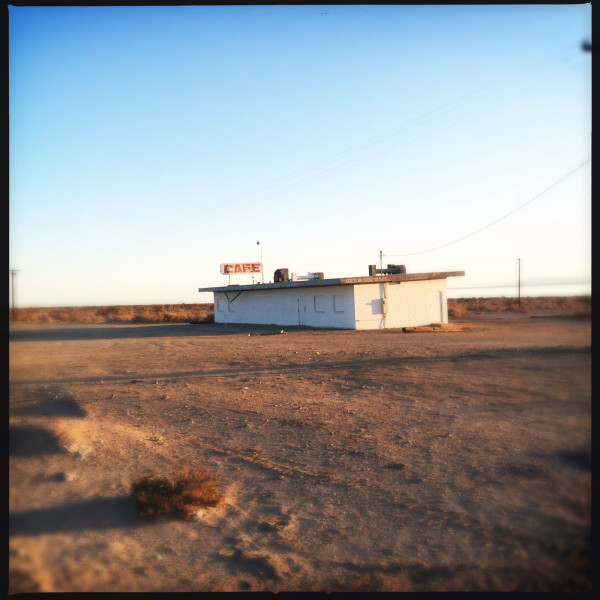 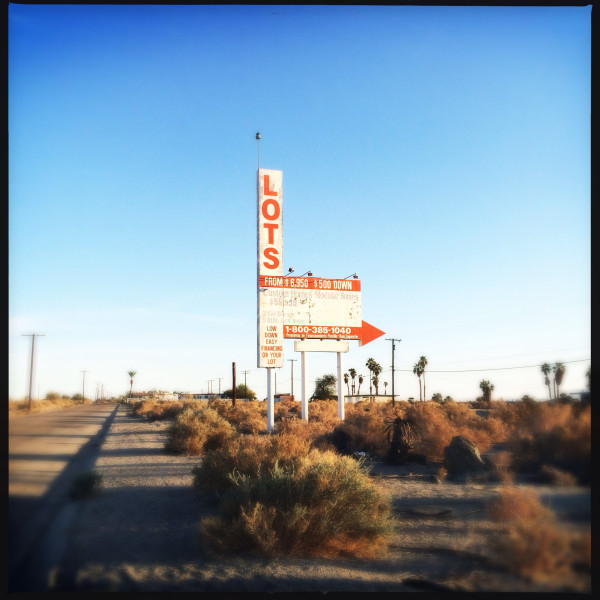 And these pictures?  They have nothing to do with the story, except that they are some of the shots I've been working on down here as I've had time to explore the desert.  These are from abandoned resorts along the Salton Sea, which is Southeast of the Coachella Valley and the Palm Springs desert cities.  I love the evening light in the desert, and I've been playing with color and different lenses to see what I can create, and I thought I'd share them here.
Subscribe