My Life On Sale

You know after almost 52 years of life one accumulates a lot of stuff.  Generally I've not been too emotionally attached to things so that I have a hard time letting them go.  However in my case its usually more along the lines of "I don't know when I might need this again."   Which is why I have multiple paint rollers and things like that in the garage.   However, in anticipation of some -- shall we say, "new alignments" -- that are coming in my life, I'm realizing its time to shed myself of some of these things.  So this week I've put two major parts of my life on the market and I'm finding in the process that maybe I was a little more emotionally attached than I thought I was.

First on the block is my condo in Olympia.  This has been my second home, or a "home away from home", when the Legislature has been in session.  Tony and I bought in back in 2003.  It's a one-bedroom on the 7th floor of a high-rise just a few miles from where my office was in the Capitol.   It was a mess when we bought it and we had to spend a summer gutting and remodeling it. On the left is "before", on the right is "after". 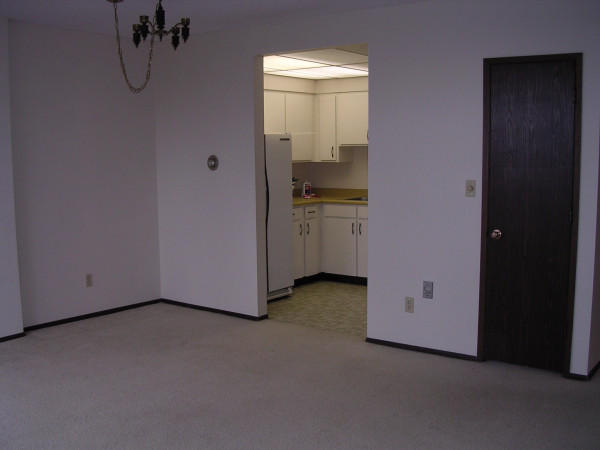 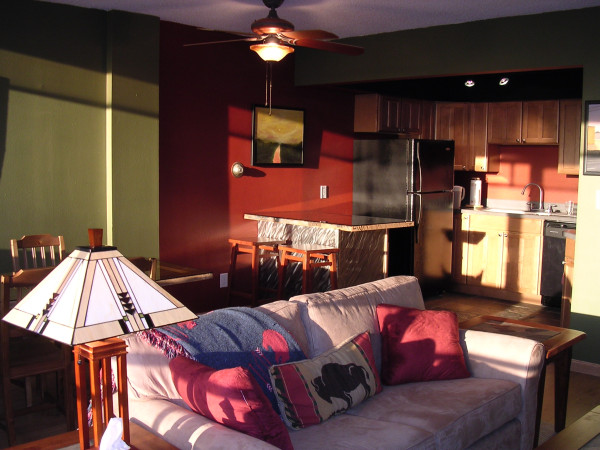 We'd spend almost every weekend down there ripping out walls and flooring, painting and putting in new floors and updating the wiring and plumbing.   We did all the work ourselves except for the kitchen cabinets, and my step-Father Ron came up to help lay the flooring and tile.  It was always a nice "escape" to go spend a night or two there, and a lifesaver as a place to live during the legislative session.   But as my lobbying practice has evolved, I'm not going to need it and would rather have the equity that's its built up.   So it's on the market now -- if you are interested or want to take a look, here's the MLS listing:  http://www.matrix.nwmls.com/Matrix/Public/Portal.aspx?k=2356614XG3Cc&p=DE-31746085-118

I spent a few days in Olympia last week at legislative meetings and in between and in the evenings I'd be cleaning out the condo, making it ready to get on the market and stuff.   I realized how much I enjoyed that little place -- as a refuge from long days at the legislature, and how much "me" there was in the place.   Even though I spent less than 75 nights a year in it, it was still sort of "home", and I was a little sad realizing that I may have spent my last night there this past week.

Then on Sunday I took in my custom chopper -- Red Rocker -- to Downtown Harley Davidson to put it on consignment.   This was a great bike -- the first Harley-Davidson Rocker model sold in Washington when I bought it back in 2008.  I spent the spring pretending I was "Senior" Tuetul  from the show "Orange County Choppers" tearing it apart and rebuilding it into a custom chopper.  Boy it was a sweet looking bike when it was done after months of being at the DHD shop, and it cost me a pretty penny to do, but in the end it was just that -- a sweet looking bike.  It was, like most custom choppers, a beast to ride, and in 5 years I put less than 5,000 miles on it.  I'd mainly ride it to special events, or down to the beach in the summer where it looked pretty in the sun and I got a lot of comments. 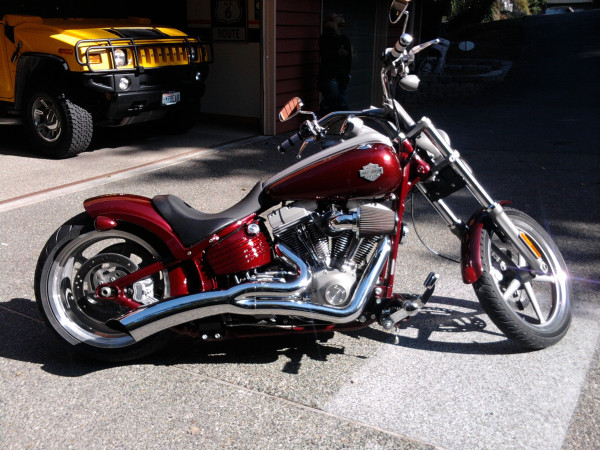 I even rode it with the "Dykes on Bikes" as part of the Seattle Pride parade a few times -- mainly because my good friend Vik who leads the DoB said I could be an honorary member if I'd ride in my kilt and no shirt with pasties on my chest like the Dykes do.   I said I would, but not with pasties as they would rip the hair out of my chest.  She agreed and so I did, making the news in the process. 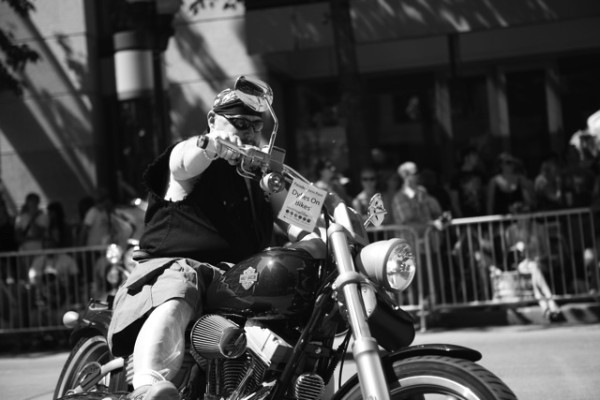 I rode it down on a sunny Sunday afternoon, taking a long slow route to the dealer to enjoy it one more time.  It has a great sound, and it sure looks pretty in the sun -- but it's also the most uncomfortable ride I own, and turning it is a bit like trying to turn the Titanic -- it takes a lot of effort and time.   That being said, for someone who wants a custom chopper at a very good price, feel free to hit me up and we'll talk.

Seeing as both of these projects -- the condo and the bike involved so much sweat equity as well as "heart and soul", its somewhat difficult to part with them, but I'm doing OK.   I realize that we can be ruled by out "possessions" and that maintaining them is time consuming and expensive, and I really don't "need" them in the big picture of things.   It was nice to call the insurance company and take the bike off the policy and get a refund on my premium, and I won't miss the $900 or so a month the condo costs me in mortgage and HOA dues.

Now if I can just tackle the 15 years of stuff that's accumulated in the crawl space and attic of the house!   But that's a project for another day....
Subscribe