For the last four days I've been out riding along the Trans-Canada highway in British Columbia and Alberta with several friends.  Canada, unlike the U.S., doesn't have a federal highway system of Interstates or US Highways.  Each province is responsible for it's own roads and routes, and any organized inter-connectability is coincidental at best.   The exception is the Trans-Canada -- Highway 1.  It runs all across the nation and is the nation's only Federal highway linking all 10 provinces coast to coast.  It starts in Victoria, BC on Vancouver Island, and ends in St. John's, Newfoundland.   It was opened in 1962, making it a year younger than me -- but only officially completed in 1971.  But the route is the historical one -- followed by the original explorers, then the storied and historical Canadian Pacific Railway. 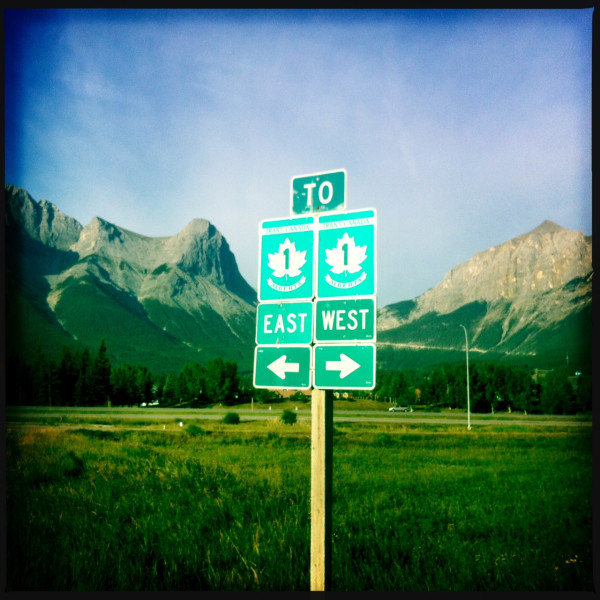 We started our ride in Abbotsford, BC, just across the US Border, and rode up the Fraser River canyon and then up the Thompson River Canyon to Kamloops BC.  Then we headed East through Revelstoke and Golden, and over the Continental Divide into Banff and Canmore, Alberta. This section of the road closely parallels the Canadian Pacific Railway which was completed in 1885. I've been loving watching huge long grain and coal trains heading West as we've ridden East.   For the most part the road is two lane, with occasional passing lanes.  It is a four lane divided highway much like a freeway in the lower BC mainland up to Hope, BC, and again down the East slope of the Continental Divide into Banff and on to Calgary.  However, it's very lightly traveled, and very rural, and in every way the almost perfect motorcycle trip.

In fact, words can't describe what it's like to ride this road.  The canyons, the high ranch lands, the rivers, and especially the mountains.  My God the mountains -- they are truly unbelievable, and words fail me.  Beautiful isn't enough.  Spectacular is too bland.  Amazing is too mild.  Mind blowing?   Maybe.  But it truly is something that one must experience in person to understand I'm afraid.  These two images were taken heading up over Rogers Pass and then Kicking Horse Pass respectively. 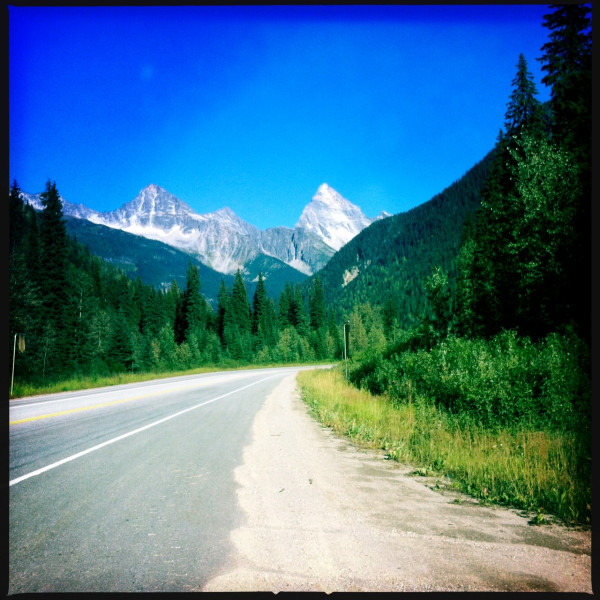 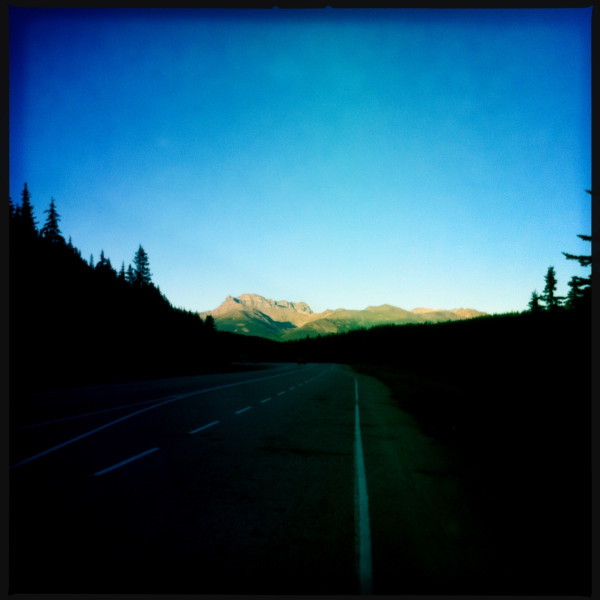 And once headed down the other side of the Continental Divide from Kicking Horse Pass, you drop into Banff National Park, and past the town by the same name and it's famous hotel and hot springs, you are surrounded by tall bare enormous 8,000 foot mountains rising up like jagged teeth from the valley below. 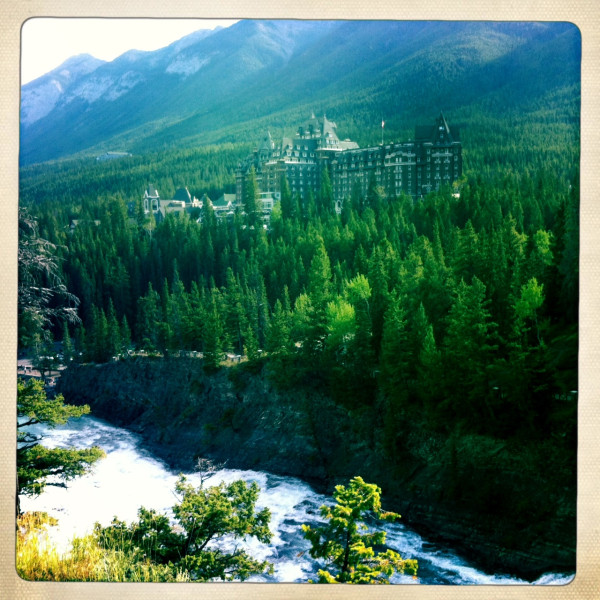 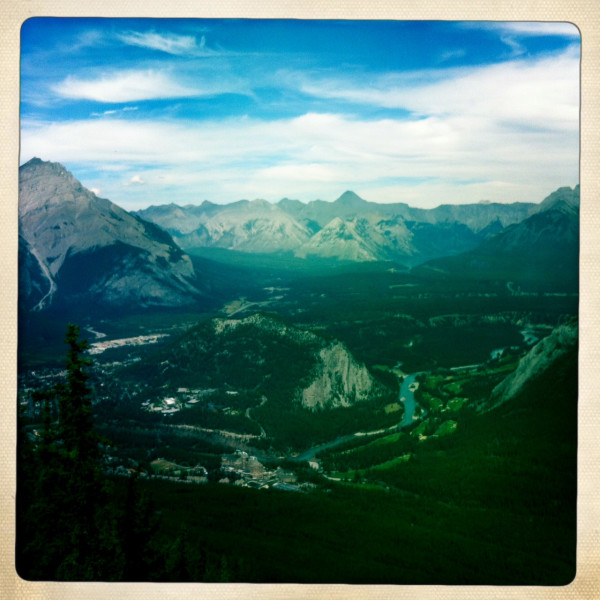 This is at the very edge of the Canadian Rockies.   The Prairies and their endless wheat fields stretch off across Alberta, Saskatchewan, and Manitoba start a bit West here.  The guide on our tour-boat cruise up Lake Minnewanka pointed to a notch at the far end of the lake saying that the notch marked the end of the mountains and the start of the prairies, and from this vantage, one could look all the way East across the rest of Canada. 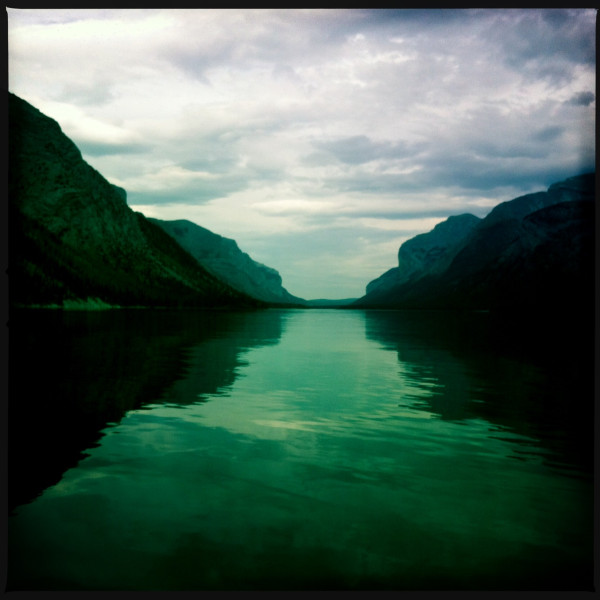 We've spent the last three days in Canmore, Alberta just outside of the park and exploring the town of Banff, the grand old Banff Springs Hotel, and riding through the park.  Because I'm with a group of friends I've not had as much time to muse and ponder things, or to write about the trip.   Traveling with a group means I can't stop and explore everything that catches my eye or piques my interest -- but that's OK.   Traveling with a group means sitting around a long meal having wonderful deep conversations about life, and travels, and politics, and sex and things you don't post in a public forum like this.  It means a general consensus about where to stop and what to see and visit and what route to take.   And it's an entirely different experience then riding the road alone or with a single friend.  It's a great group though, and  after spending many hours and many miles together I'm going to miss all of them when we get back home. 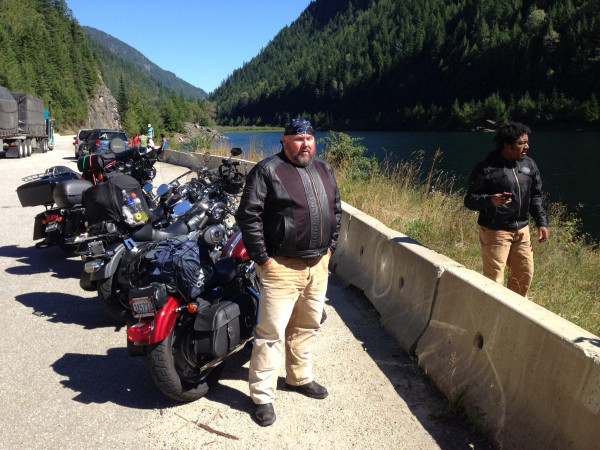 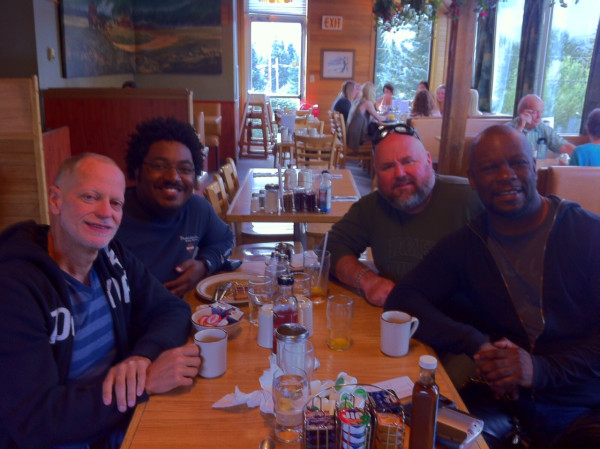 Several Facebook friends have sent notes saying "hope you like wheat fields" and "typical farming country like Kansas".  But not this stretch -- not by a long shot.  There's nary a flat spot or a grain of wheat to be found except that which has spilled along the Canadian Pacific mainline from the countless grain trains heading West this time of year and that the bears and wildlife feed on.  And so what?  I love riding across the prairies -- watching the wheat fields in the sun, seeing the combines work their magic, and watching the grain elevators rise from the plains like a medieval castle.  But on this trip this is as far east as we've come.  Today we head back West a bit, before turning South and back into the US near Creston, BC and into Northern Idaho.   I'm going to have to save the rest of the Trans-Canada for the bucket list, and when I do it, it will be from end to end, starting in Victoria, and ending up in St. John's.   But that's a ride for another day. 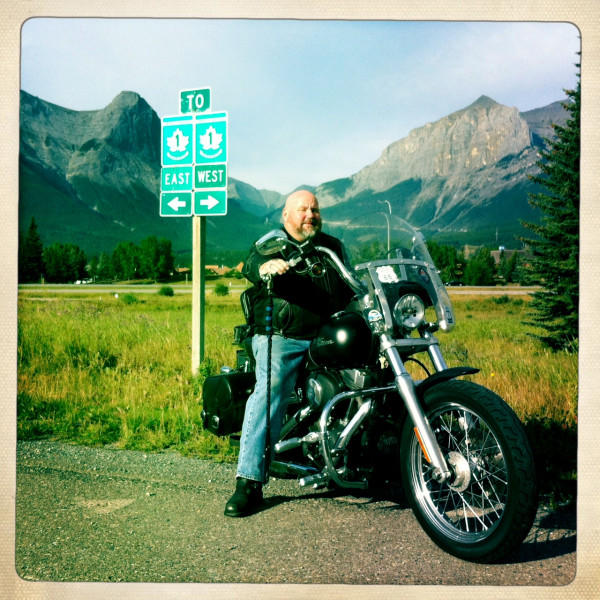