Life in Another Time

Over the Memorial Day week I spent a few days tromping around in the desert of Central Utah near the towns of Price and Helper with my long-time friend of 38 years Dave Harmer.   Dave and I share a love of trains and ghost towns and old mining camps and road trips.   The area around Price and Helper are littered with historic coal mining camps and abandoned and semi-abandoned rail lines, and the three days we spent there were a treasure trove of walking amongst the relics of life in another time.

Southeast of Price one of the last large coal towns and mines to close up was the company town of Hiawatha -- still owned by the Hiawatha Coal Company.   A few people still live in what's left of the town -- maintaining the mine, but no active mining has taken place here in a number of years, and the mainline of the Utah Railway still runs into town, but no train has rumbled through in about 20 years and the sagebrush has grown in the tracks. Further down the track about 3 miles was the end of the line for the Utah Railway -- built in 1917 -- at another coal mine camp called Mohrland.   The last train to run here was apparently in 1991.  The rail yard is still there, and the sign board with the name of the town -- and coal chunks scattered as far as the eye can see, until the tracks end at the foot of the cliff. 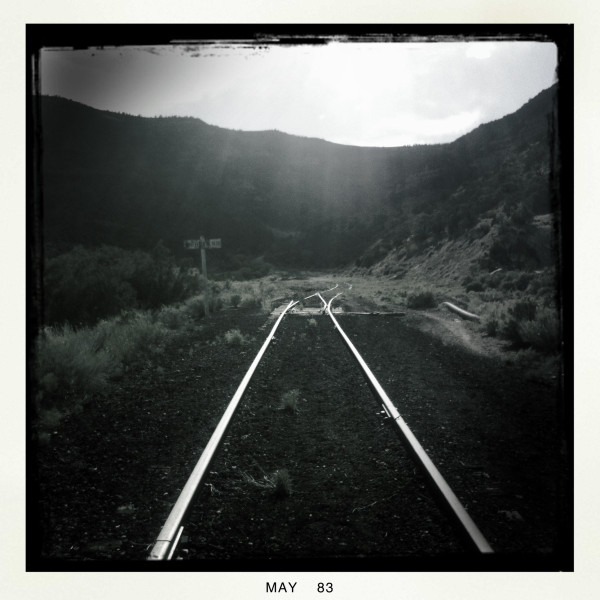 High up past the end of the track is the portal to the United States Fuel Company's King Mine #2, first opened in 1909 and closed sometime as far as I can tell in the 1990s.  The mine produced some 2,000 tons a day that was carried down an inclined tramway to the loading facility at the Mohrland rail yard.  No evidence of the homes or stores that once lined the canyon and surrounded the rail yard exist today. 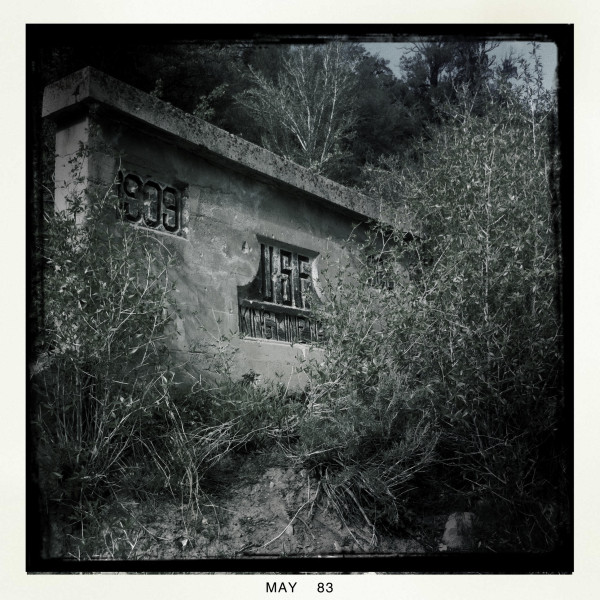 To get to these mining camps the Utah Railway had to build a substantial mainline that still exists, running south through the desert of the appropriately named Carbon County from the main towns of Price and Helper.  The  desert terrain required some rather spectacular engineering, including what was once the highest and longest railway trestle in the state of Utah over Gordon Creek.   The trestle was severely damaged by vandals in 2008 who set the wooden cross ties on fire.   It's still structurally sound -- as is the entire Utah Railway mainline -- sitting and waiting for a revival of the coal mines, or perhaps to serve the needs of a booming oil and gas extraction industry that has replaced the older coal extraction industry of the last century. 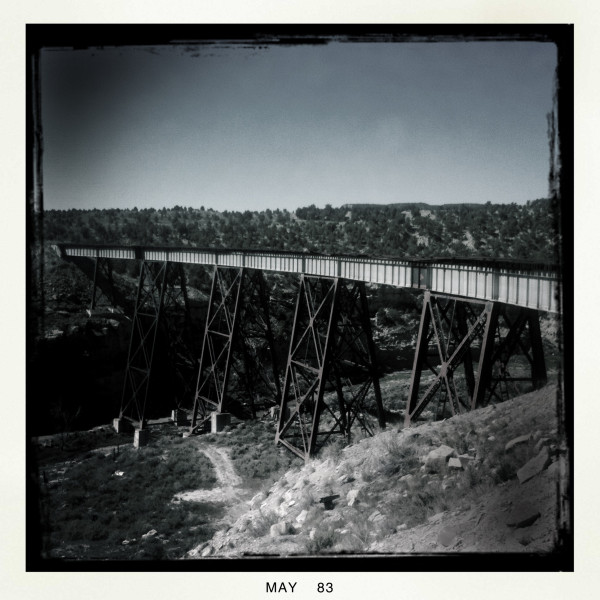 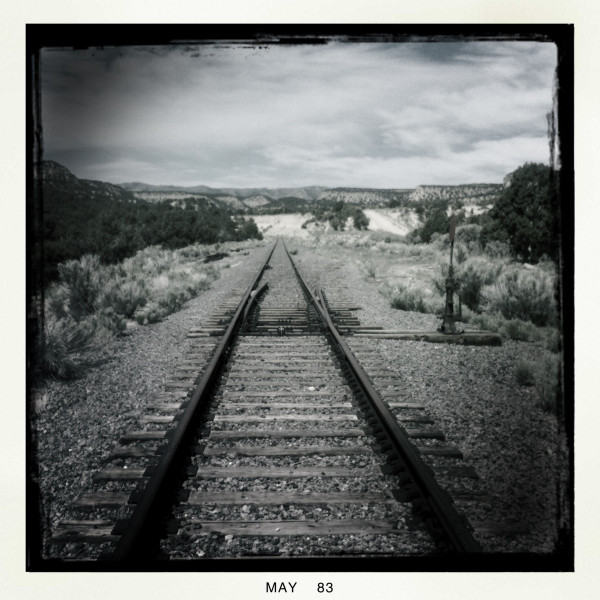 Back in Hiawatha, most of the homes have been jacked up and hauled into Helper or Price and reused.   But the evidence of their existence remains -- especially if you look for it.  Like empty steps to a  vanished front porch leading up from the sidewalk to nowhere.... 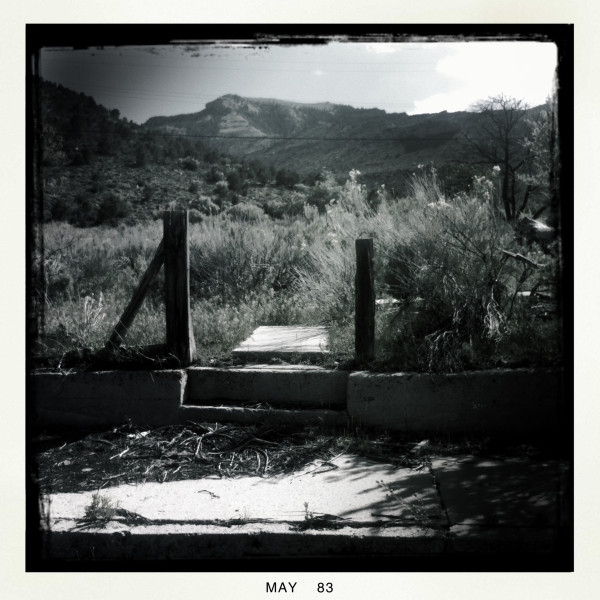 And the ancient lonely lilac bush -- once planted by a miner's wife to grace the view out her kitchen window with a splash of purple in the otherwise bleak desert of central Utah and perhaps hide the constant rumble of black coal trains loading in the yard of the Utah railway.    A lonely lilac and a solitary unused power line pole is all that is left to remind us of life in another time. I'm sure it was a sight like this that inspired the late folk singer Kate Wolf to pen her song "The Lilac and The Apple"
A Lilac bush and an Apple tree
Were standing in the woods
Out on the hill above the town,
Where once a farmhouse stood.

In the winter the leaves are bare
And no one sees the signs
Of a house that stood and a garden that grew
And life in another time.

One Spring when the buds came bursting forth
And grass grew on the land,
The Lilac spoke to the Apple tree
As only an old friend can.

Do you think, said the Lilac, this might be the year
When someone will build here once more?
Here by the cellar, still open and deep,
There's room for new walls and a floor.

Oh, no, said the Apple, there are so few
Who come here on the mountain this way
And when they do, they don't often see
Why we're growing here, so far away.

A long time ago we were planted by hands
That worked in the mines and the mills
When the country was young and the people who came
Built their homes in the hills.

But now there are cities, the roads have come
And no one lives here today
And the only signs of the farms in the hills
Are the things not carried away

Broken dishes, piles of boards,
A tin plate, an old leather shoe.
And an Apple tree still bending down
And a Lilac where a garden once grew.
Subscribe