Here is my column from Quick Throttle's September issue.   It's an interesting take on some of life's truisms as seen through they eyes of a newbie rider -- my friend Garland.  I remember back in High School reading "Zen and the Art of Motorcycle Maintainence" which is somewhat similar -- using a ride across the Northwest as a metaphor for life and philosophy.   My editor, who is a buddhist, said that he really appreciated the observations on here -- and I've gotten a few nice comments from folks as I've been out and about. It also marks the start of my third year in writing this column.   My how time flies!  Now I just have to figure out next month's column before I leave for Palm Springs on Wednesday.

It doesn’t seem like it was three years ago this month I started writing this column for Quick Throttle.  We’ve all ridden a few miles in that time, and I’m grateful for the friends I’ve made along the way.  We may have disagreed from time to time, but the commonality that we share as riders is still there.  I’ve often said to friends, once you become a biker, you make a few million instant friends.  The camaraderie in our community is truly something unique I don’t think folks outside our community realize it, and newcomers to the sport quickly see what it’s all about.

Case in point.  I’ve been having quite a bit of fun this summer with one of my best friends who’s decided this is the year for him to learn to ride.   It’s taken some time for him to get comfortable since taking his class and never having been on a bike, but he’s getting there, and really starting to enjoy the sport.  We had gone out riding on a glorious August Sunday afternoon, and we found ourselves up at the Conway Pub in Conway, Washington having a late lunch out on the patio after exploring some back roads in Skagit and Snohomish County.

Now my friend Garland is almost generation younger than I am.  You know the type, always glued to their smart phones -- texting away like folks of my generation talk on the phone, while at the same time playing games and surfing the Internet, and all the while ignoring the folks he’s sitting with.  As we were waiting for our food he was typing furiously on his phone – more so than usual.  I asked “what the hell are you doing Gar, writing a novel?”

He replied, “Sort of.  I was thinking how motorcycle riding is such a metaphor for life, and I wanted to put some thoughts down.”   “Really?” I asked.  “You know someone has already written that book.”  “But I haven’t written it yet”, he said smiling, looking up at me over his glasses in that studious graduate student way. 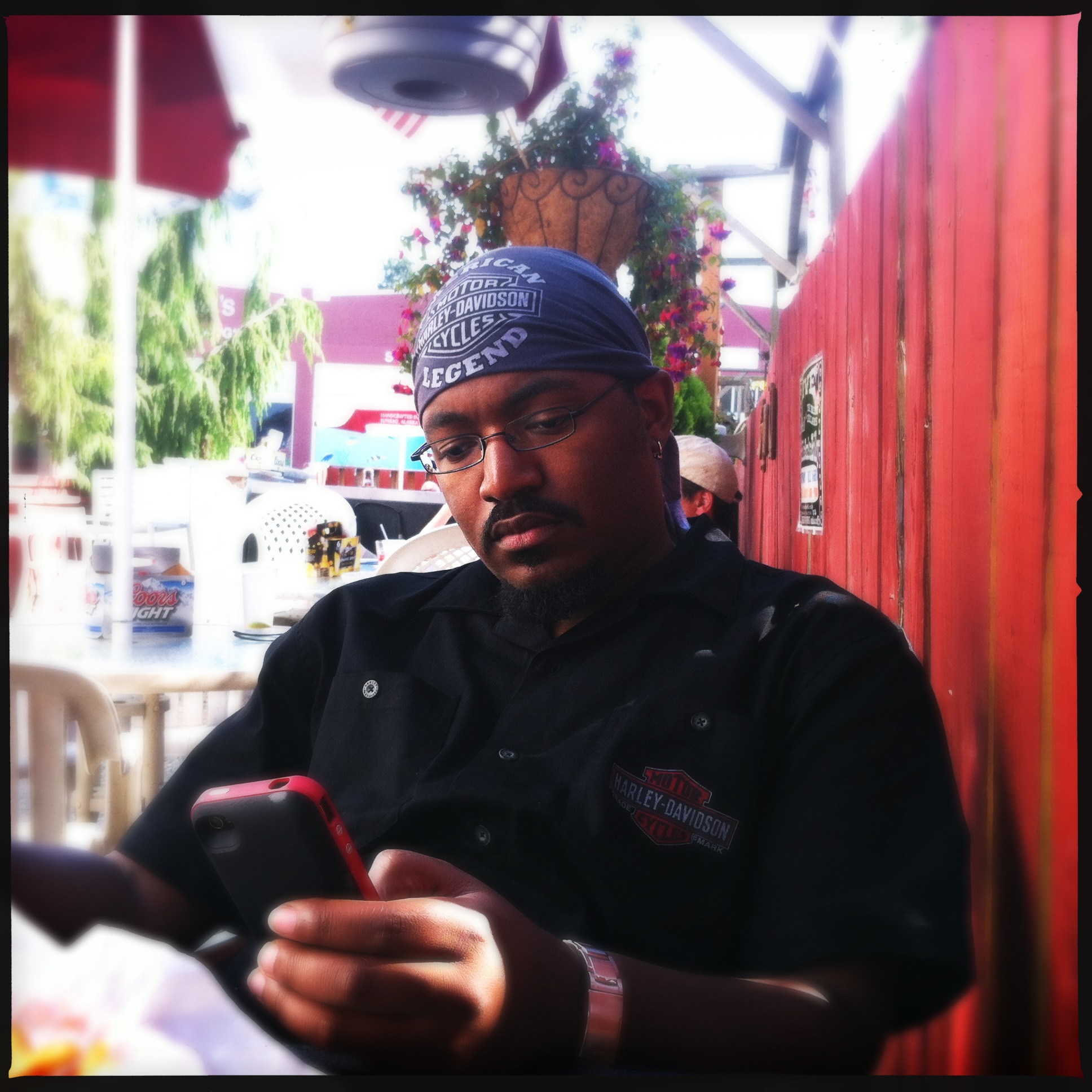 “That book” of course is one of the first and best philosophical/story books I ever read (next to Atlas Shrugged); “Zen and the Art of Motorcycle Maintenance”.  It’s a 1974 classic by Robert Pirsig which uses a trip across the Northwest on a motorcycle as a way to explore and explain life.  If you’ve not read it, order the updated version from Amazon now, you’ll love it.  Gar, being a newbie is figuring out the things about riding that many of us have known and have maybe taken for granted for a long time.   And its cool to hear them being discovered and explained in a slightly new way by a new rider.

He said he got the idea after he gave -- and got back – the “biker wave”.  “It made me think” he said.  “It’s dangerous out there, so it gives me a lot of meaning when I flash a wave.  Almost like a blessing or an incantation at church – ‘peace and safe travels unto you’, I say, and they say ‘peace and save travels also unto you’ back at me.”  Pretty deep isn’t it?  I’d never looked at it like that, I always viewed the biker wave as more of a salute to someone in a semi-secret club, but I can see his point.

So while we were sitting around the table on a warm Sunday afternoon at the Conway Pub, the newbie (with a little help from a grizzled old veteran) came up with the outline of a few biker philosophical pronouncements of sorts.  I’m sure there are more out there, and we all have our own and our favorites we’ve heard. Either way, this may turn out to be a book, or the foundation of a Doctor of Divinity dissertation.   Nonetheless, it’s a good reminder for all of us as we travel the road of life with our fists in the wind, courtesy of my friend “Dr. Garland.”

•    Look ahead at where you want to go.  Look through the turns in the road and on the road of life.  Where you focus is where you’ll usually end up.
•    Listen to your bike, and those around you with all your senses, not just your ears. Feel the road and the bike as an extension of you.  You will feel when its time to shift not just hear it.
•    You are more in control of your bike and your life than you think you are.  Little bumps and/or obstacles aren’t going to throw you off or cause a crash.  Your momentum and movement will keep you upright.
•    Don’t focus on a place to land if you fail – focus on succeeding and avoiding failure in the first place.
•    Don’t try to impress the biker in the next lane – just be yourself, and ride your own ride.  Be who you are and no one else.
•    Greet your fellow bikers and your fellow man.  Give a sign of  “peace” to others reminding all of us that we are part of a bigger world.
•    Slow down, it’s not a race.  A ride, and life is not only about the destination, it’s about the journey along the way.  Enjoy the scenery, look around, and don’t let life pass you by.

Food for thought as you ride down life’s highway as I say to you today; “Peace and safe travels unto you my friends”… 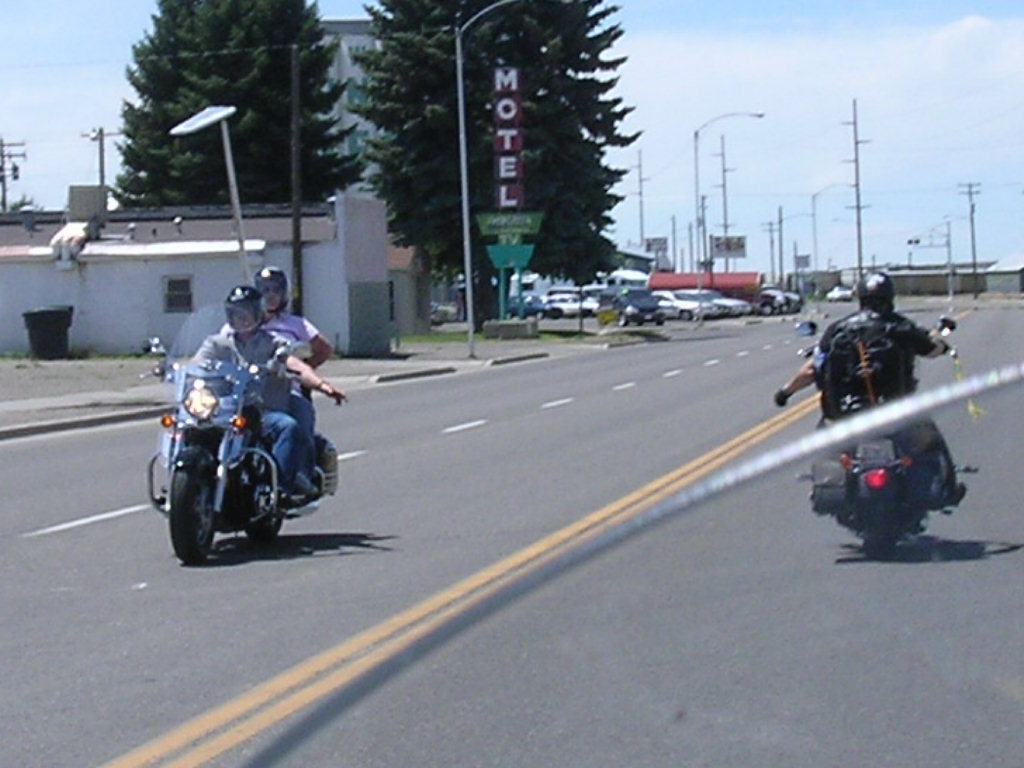 Permit me a brief personal plug here.  I’ve had a number of comments about the pictures I’ve taken for both this column and on my blog, and as a result, I’m excited to announce that I’m having my first gallery show of photos I’ve taken while out on the bike.  It’s a series of photos of abandoned places that I’ve taken along roadside America, called “Ghosts of the Highway”.  They will be on display and for sale at the Alki Beach Starbucks for the entire month of September.  If you get a chance, ride on down to the beach, grab a coffee and take a look.

Gary can be reached at roadsigns@comcast.net and you can read his blog at http://grgardner.livejournal.com
Subscribe