I never thought of myself as an "artist".   A writer yes, but not an artist.  I have lots of friends who are artists -- REAL artists.  Folks who have gallery shows and create some amazing stuff.   But here I am with my first gallery showing of my photography.   It's all a bit weird for me -- I'm nervous and excited at the same time, and sort of feeling like a proud papa once they all got hung up this past weekend.

It all came about in Palm Springs this past year when my friends and I went to dinner one night and the restaurant has a gallery of local artists with their works for sale.  In that was a photo of an abandoned motel north of Palm Springs on old US 66 that I've photographed many times.  I'm not one to criticize others work, but there was in all honesty, nothing special about this picture other than the subject matter, and the composition was more of an average snapshot than a great photo.  This person had it marked for sale for $200 too. 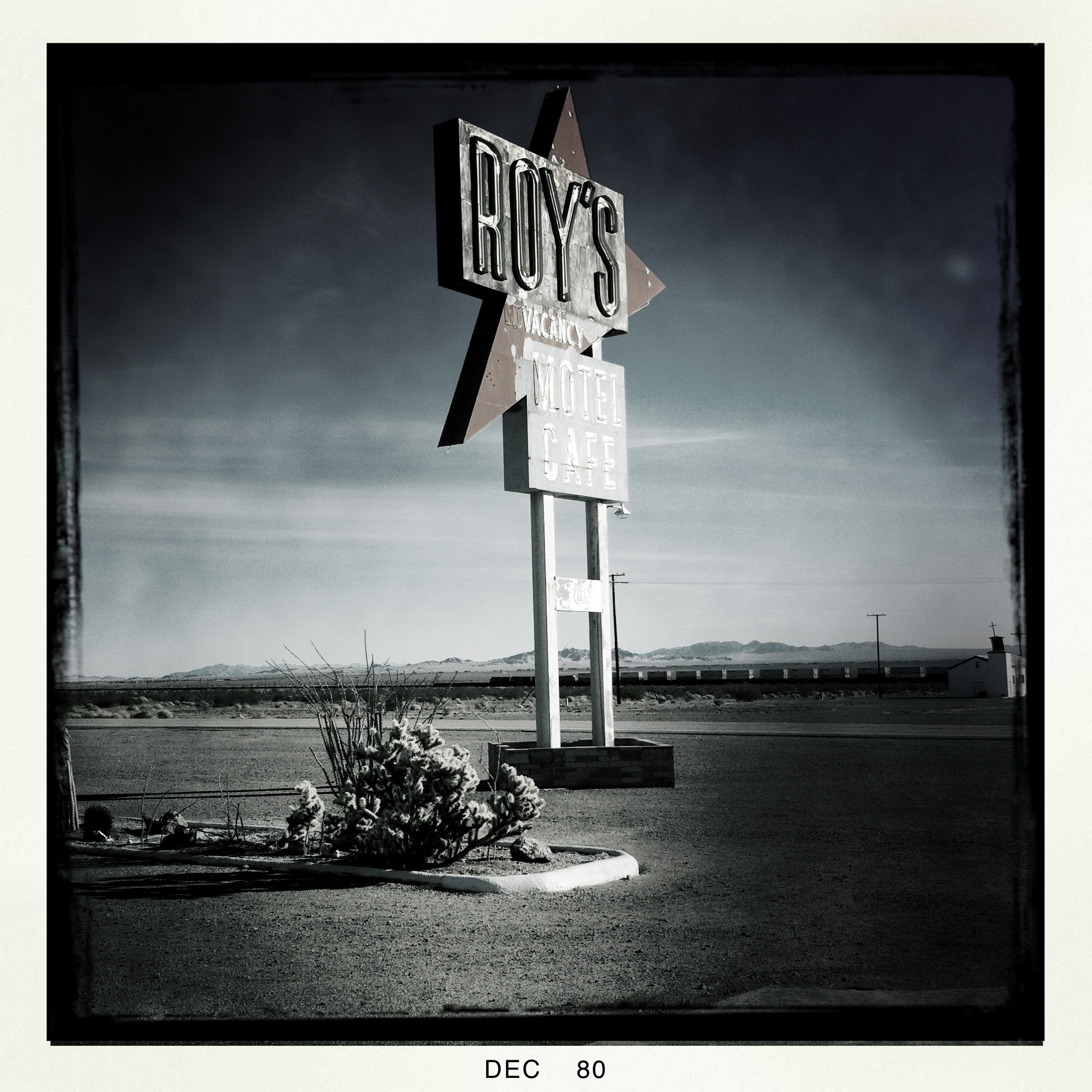 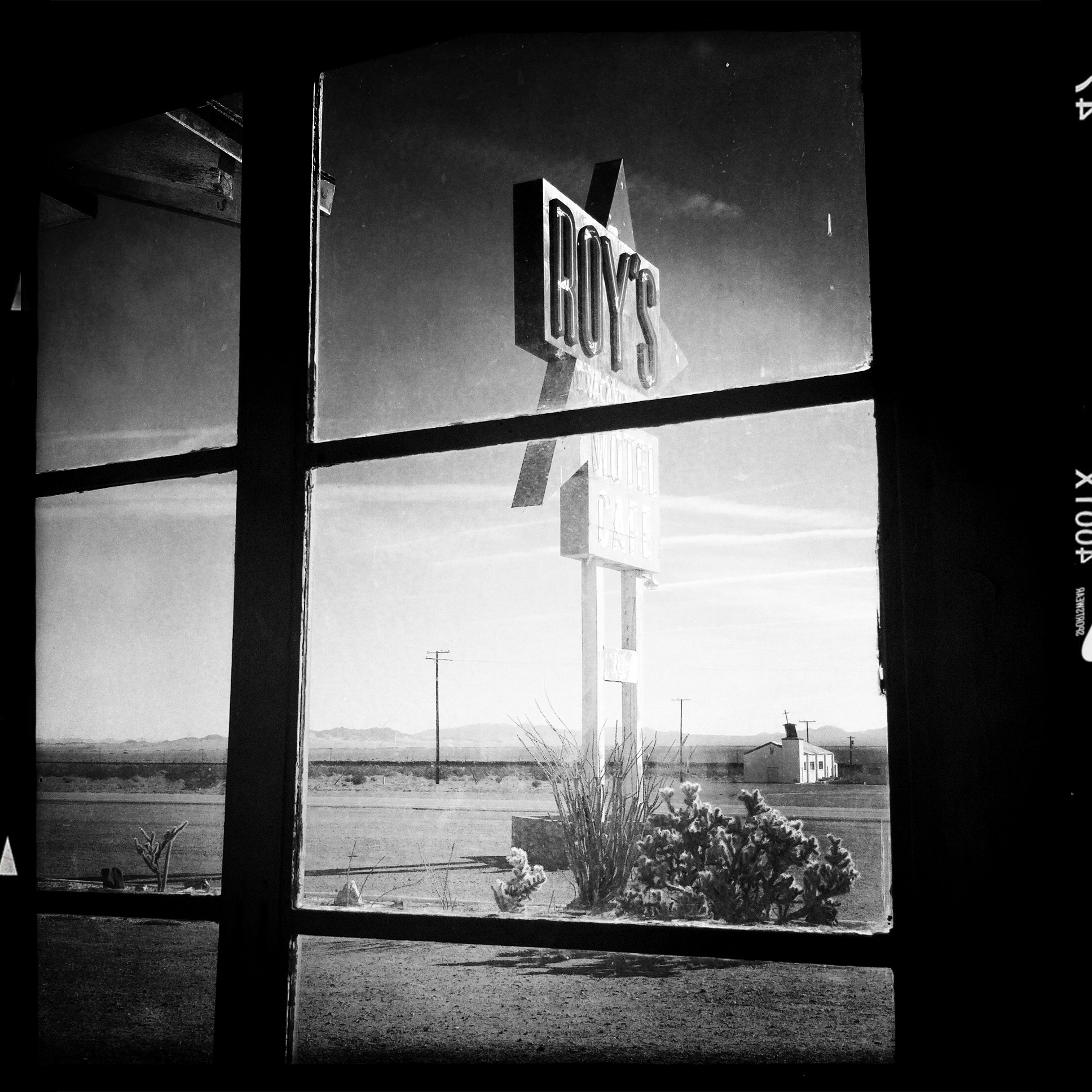 These are a couple of the photos I took of this same wonderful abandoned roadside relic.  After seeing the rather plain and not well composed picture at this restaurant, all my friends said to me "Gary, your's are so much better, you should do this."  And while I was flattered, I demurred and let it go.  But it did plant the idea in my head.

After the legislative session got out and I once again started looking at things to do with my life other than politics, and after having a few comments on the photos I've taken while out exploring the backroads on my motorcycle trips, I thought I'd look into the idea of a show.  Here in Seattle we are very fortunate to have lots of coffee houses that showcase local artists and their work.  So I started asking around and long story short, the Alki Beach Starbucks offered me a show the entire month of September.  Given the space, i was able to selct 11 of my best ones to display and offer for sale.

I was still a bit hesitant though.  Some professional photographers have let me know that they don't think I'm very serious about my photography because (confession time here) my shots are taken with an I-phone and an app called "Hipstamatic".  To them, I'm not an real artist.   My friend Chris

ironchefpinoy though who actualy IS a serious photographer and who teaches photography at various institutions of higher education in San Diego told me "that's just egotistical jealous BS!   It's not 'what' you use to take a picture, its the fact that you can see the beauty in what you are shooting and reflect it in your shots that makes one an artist."   He's right.  I think the reasons these photos "work" -- in capturing the feel of an abandoned roadside relic -- is precicely because of the Hipstamatic application on the phone, which actually has a very good camera built in.

So with his encouragement, as well as the support and encouragement of a number of other friends, I set off down this path.   At my friend Garland's birthday party, at his suggestion, we showcased about 50 shots on the big TV using "Apple TV" (the adventure in setting that up is a story in itself that I don't have time for now).  All the folks there scrolled through them and we narrowed it down to about 20. 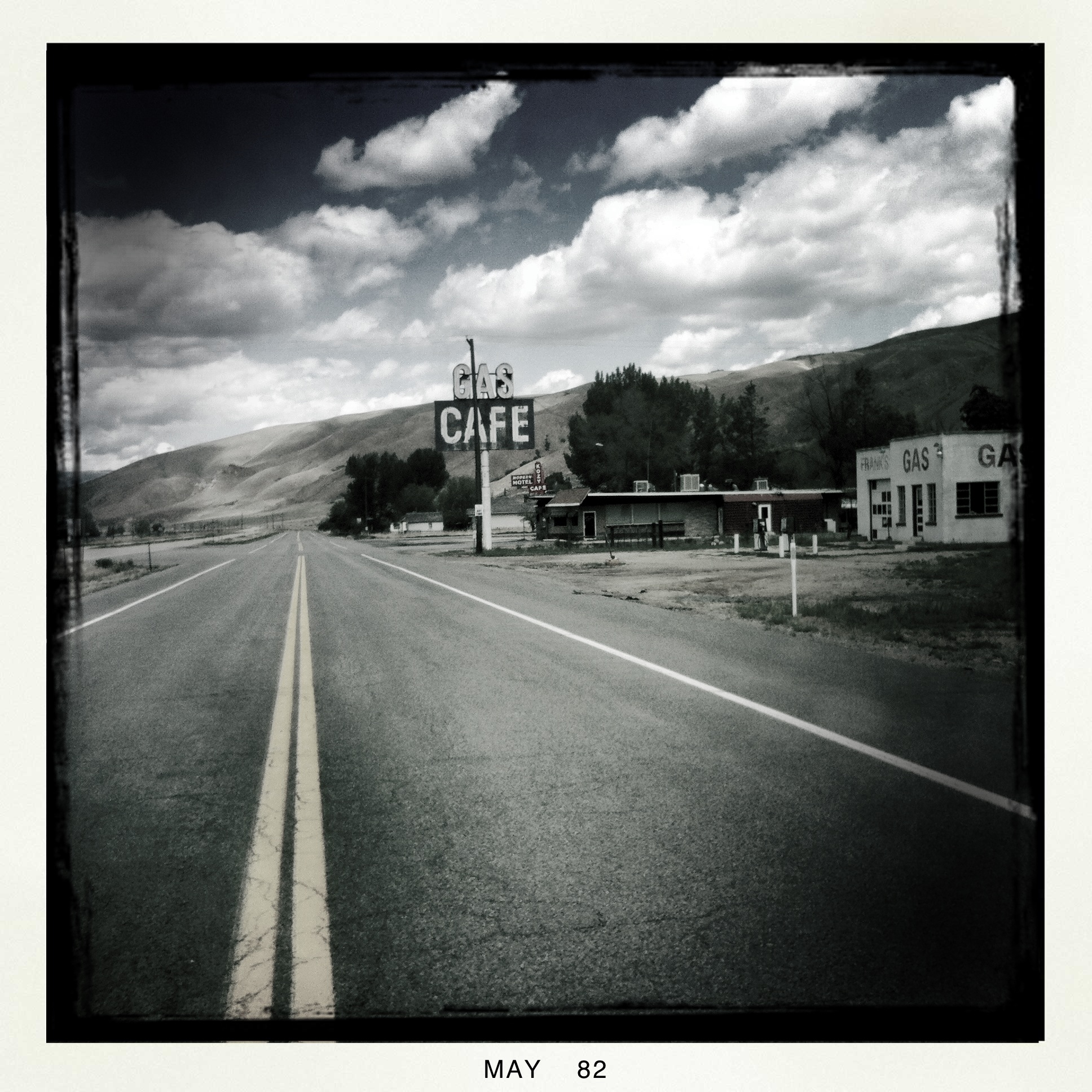 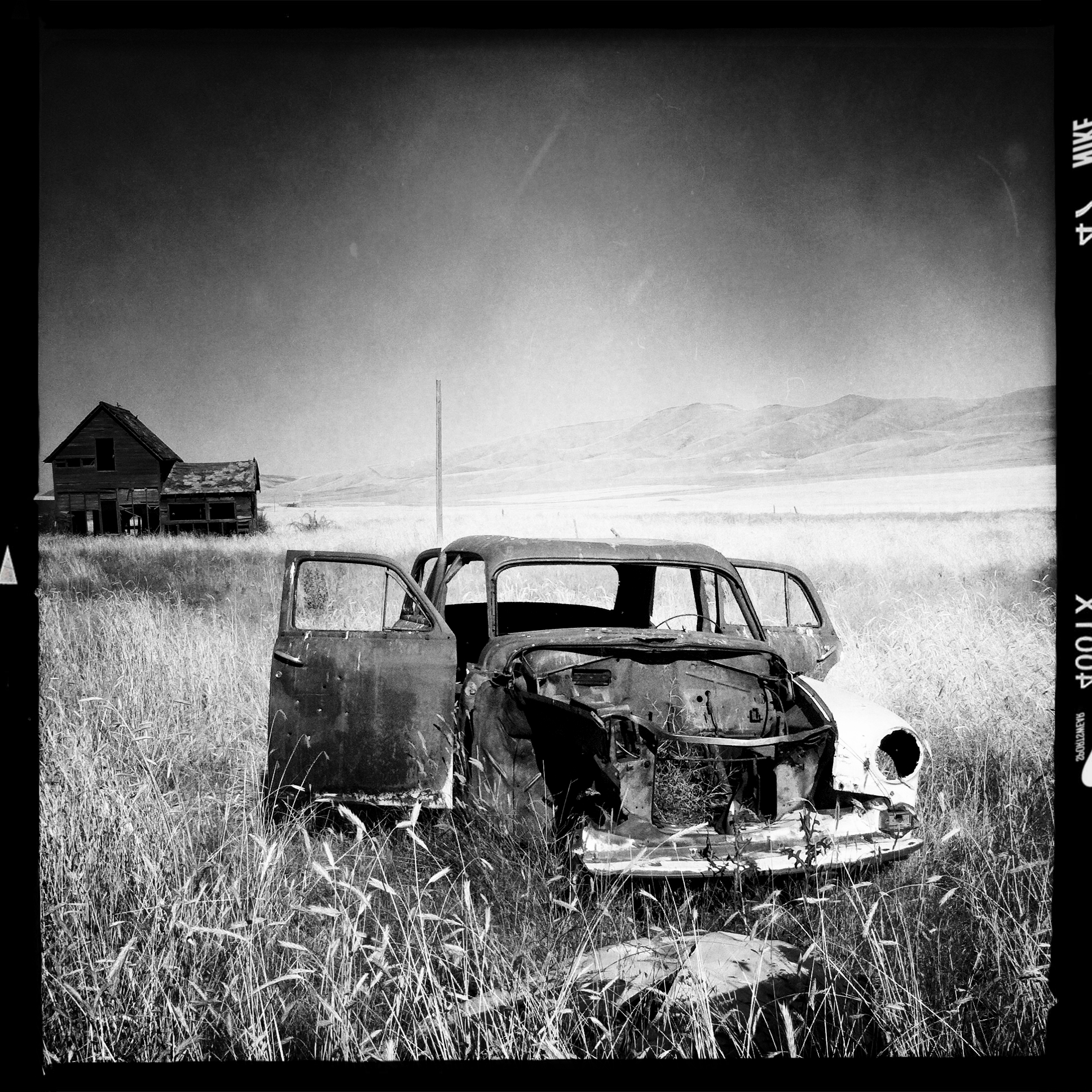 I then set out to get frames and matting.   I've been using a local frame store in West Seattle called Northwest Art and Frame for years, and I know the staff there.  We tried a number of combinations of matts and frames and settled on a black oak wood frame with a black matt with a white core border.  They were very gracious in ordering a case of frames and matts and allowing Garland and me to set up an assembly line of framing on their tables.  It took a couple of weeks, but we ended up with 15 of framed and matted pieces. 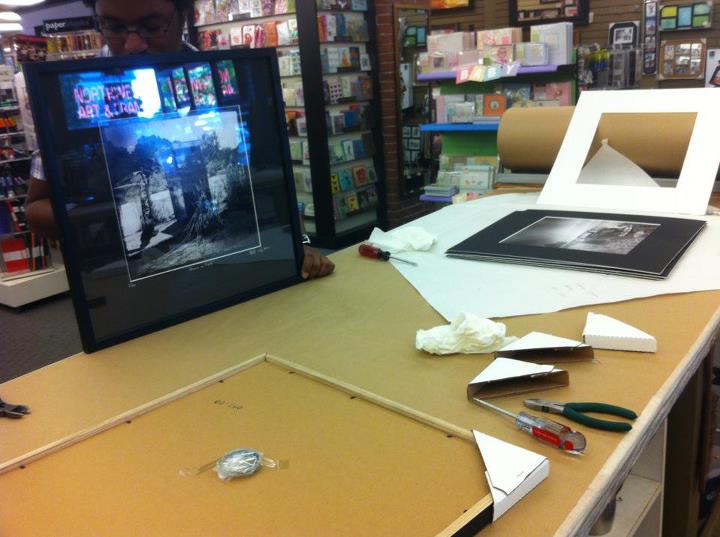 Starbucks doesn't allow you to put a price on a piece, but you can put up contact information so folks interested in purchasing can contact you directly.   So here's what I posted...

This series of prints was taken over the last three years in Washington, California, Idaho, Utah, Wyoming, Nebraska, Arkansas, and Louisiana, for an upcoming book called “Ghosts Of the Road.”

Gary Gardner was born in Denver, Colorado, raised in Salt Lake City, Utah and has roamed extensively throughout the Intermountain West, as well as all over the US, Canada, and the UK.  He’s always been fascinated with the loneliness of abandoned places along the highways – where people once lived, laughed, worked, loved, and played.  Where they were born and where they died.  Where now the only sign of a life lived is what was left behind when they moved on.

All of these prints are available for purchase, signed, numbered,  and framed by the artist.  For information please contact...
This past weekend I went down to Starbucks in the hours before they closed and started hanging the prints.  They have a system of wires and adjustible hooks that is already in place, so using that system I chose my favorite 11 shots out of the 20 we had framed, and that worked well together, and spent a few hours hanging and adjusting them. 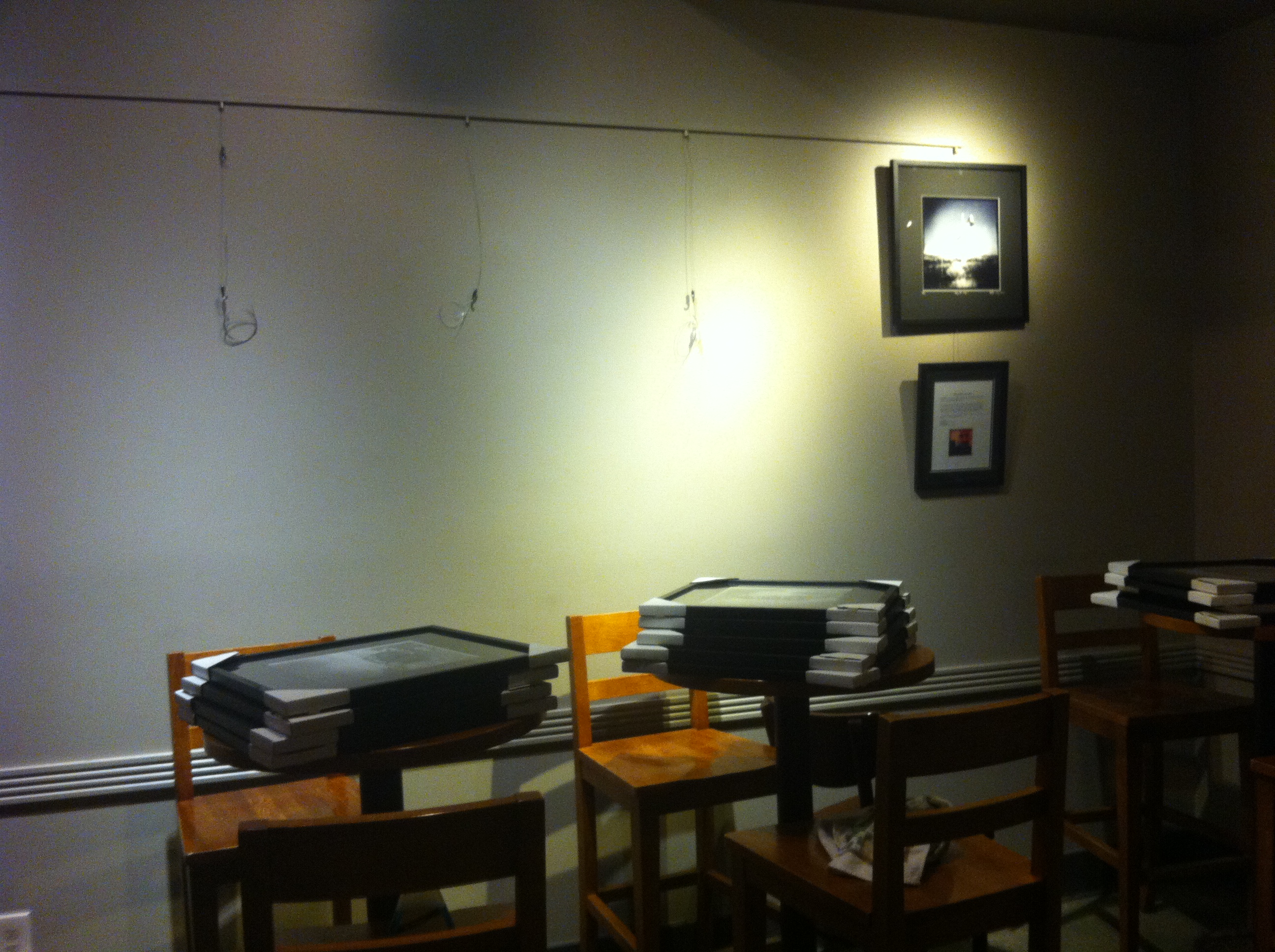 While I was hanging them I had a number of folks comment on how much they liked them, including the Starbucks regional manager who raved about them.   I've already sold five, and the shows only been up a week.  The next step is pulling together about 100 of them and writing a little about each and producing a draft coffee table type book.  I've also had some interest from a couple of other coffee shop gallery type places.  I keep resisting the urge to run down to Starbucks and just watch like a mother hen, but I don't.  (Although I've been by to check on them almost every day since the 1st.)

Who knows?  Maybe this is the start of a new adventure... 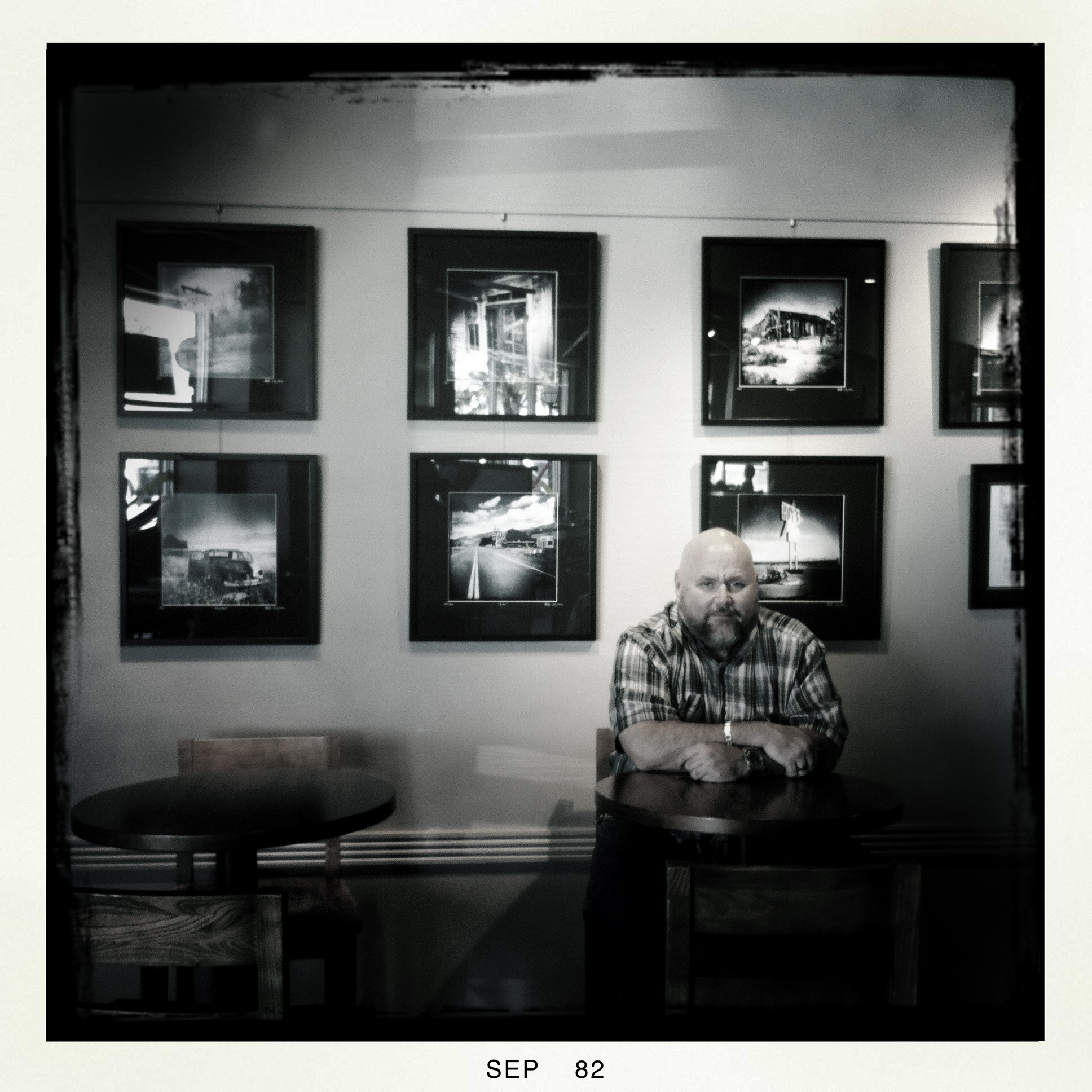 The entire gallery will be up all of the month of September at the Starbucks on Alki Beach,  2742 Alki Ave SW, Seattle.  If you are in the Seattle area, stop by.  If you would like to see the entire project, here's a Flickr slide show:  http://www.flickr.com/photos/grgardner/sets/72157630260656388/