The last couple of weeks have been very busy.   First there was the gallery opening and reception in Palm Springs with my photos, followed by a long planned week in NYC to visit friends, discuss some opportunities, visit my gallery there and take them some new prints, and just for fun, film some scenes for a web-based TV series a friend is producing.  So after three days in Palm Springs and a week in New York, I headed myself back West.  West out of Manhattan on a New Jersey Transit commuter train to Newark airport, then West on Delta Airlines through my hometown of Salt Lake City. 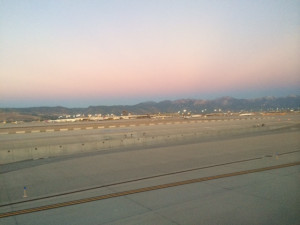 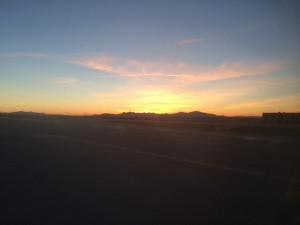 Leaving Newark around 5pm, we flew into the sunset all evening.  Over the great plains and the heartland.  Over the Rockies and then the Wasatch, and down into Salt Lake City.   Chasing a perpetual orange dusk to twilight.   Staring out the window, listening to music on my i-Pod, and looking down at the land I grew up in.  The roads and mountains I explored as a child and as a young man.  I love my mountains that ring Salt Lake City, and I miss them. 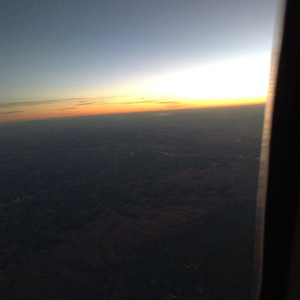 Taking off again, headed Northwest over the vast emptiness of the Intermountain West and the Great Basin while sipping on a Scotch -- following the Snake River in Idaho, and along the remnants of one of my favorite roads -- US-30.   Listening to Townes van Zandt on the i-Pod sing about Colorado and wandering the highway and missing loved ones and home.  Although I've been gone for most of the year, I'm feeling an urge -- a need -- to head out on the road again.  To Salt Lake perhaps to see my family -- and my mountains. 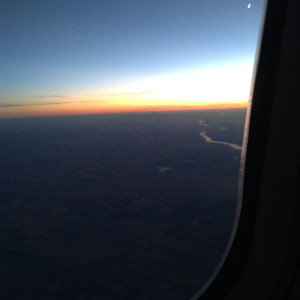 Then the moon rises above Mt. Hood in Oregon, and Sammy John's sings "Chevy Van", and I fly over the Columbia River winding itself West and out to the sea and I'm almost home again,  still chasing the sunset, with it's orange to yellow to blue to purple rainbow on the Western horizon.  Then the flight attendant takes my empty Scotch glass as we descend past Mt. Rainier and I know I'm back, as the battery drains away on my i-Pod and Mary Chapin Carpenter sings "Almost Home". 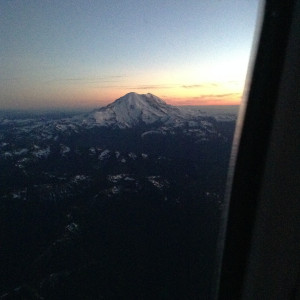