As I email off my column for March to my publisher, I'll post my February column.   Since I'm down here in Palm Springs I haven't even seen the February issue so I can't scan in the headline like I always do.  I've moved temporarily from the house I was house-sitting into a hotel for a few days.  The folks who live in that house have come back.  Later this week I'll move into a condo and be house-sitting and cat-sitting until March 13th.  It isn't feeling like "home" here, although I've been gone now a month.  And while I'm loving the warm weather, I'm missing my home and friends in Seattle (although not the weather there -- been awful the last week it looks like).  House-sitting for three and a half months in New York this time next year is going to be interesting. 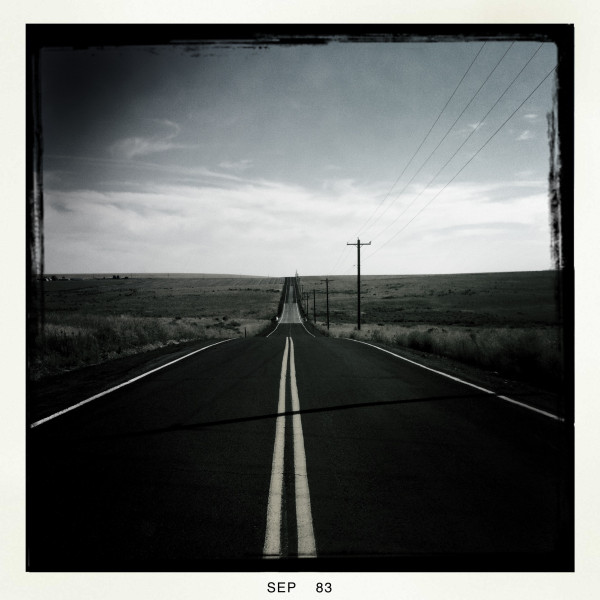 Well the Washington legislature is back in session again. It is a short session year – and with any luck they will be done in mid-March without too much damage. But I’m not optimistic for either a short session or them not doing any harm – particularly to the pocketbook of those of us on two wheels. Hopefully a number of you went to Black Thursday a couple of weeks ago. Its very important that we riders make contact with our legislators regularly.

There is no doubt that we have a crisis in this state when it comes to revenue vs. expenditures. Well, not so much as a crisis in lack of dollars, but in priority spending for what dollars there are. There are plenty of dollars – its just our elected officials in guessing what we’d like the money spent on haven’t quite gotten in line with realistic expectations. Our roads are in dire shape, and our transit systems need funding. Gas tax dollars are declining as more and more people drive lower mileage vehicles or no vehicles at all.

Given that this is an election year, the political posturing is already taking shape so that each side can make it look like its “the other guy’s” fault that nothing gets done in order to convince us voters to vote for them. And we as riders (and drivers) are right in the cross hairs this year.

For some time now the State Senate has been trying to come together with a grand “transportation package” that will pass muster with both the “all for transit” urban voters, and the “all for roads” suburban and rural voters. Finding some sort of happy balance for both will take a lot of that legal marijuana we now have here in Washington I’m thinking. But given recent statements early in the session I doubt this will happen.

For those of us who reside in King County this has caused a huge panic. The County Council is gong to call for a special election in April to put on the ballot a slight sales tax increase and a whopping $60 per vehicle license tab assessment. The plan is to spend 60% on transit and 40% on road maintenance. If voters don’t pass it, they are threatening a huge cut in transit services.

We as motorcycle riders know the deplorable condition of the roads around here – there are even major thoroughfares in Seattle I won’t ride down because they are so rough and dangerous. Something has to be done. This used to be funded with the gas tax, but face it; a Prius doesn’t pay nearly as much in gas tax as our parent’s big old Oldsmobile land yachts did back in the day. There needs to be more than a gas tax.

But a flat $60 per vehicle fee with most of it NOT going to roads? Is that fair – especially to those of us on two wheels? Think about it. I have a client who drives a $300,000 Bentley – he’ll pay $60. My neighbor who rides a Vespa scooter will pay $60. Each of us who owns a motorcycle will pay $60. Why haven’t our elected officials – and better yet our rider advocacy groups chimed in about the rather lopsided nature of this?

King County would like to charge an MVET based on the value of the vehicle, but can’t. The legislature must give them the authority and hasn’t. They did give them the ability to create a “transportation funding district” and charge a flat fee up to $100 per vehicle. But there is nothing that would prohibit them from charging a fee based on the type of vehicle. You know a simple “two wheel” vs. “four wheel” charge. I wouldn’t have nearly the heartburn if the fee were halved for vehicles that have two wheels. It seems eminently fair to me. And roads need more than a paltry 40% of the pie. I’d advocate for at least 50% and as high as 60%.

But in order for any of this to happen, someone has to reach for the middle ground. That means all of us, but particularly our elected officials. Urban legislators have to recognize the need for roads – we all don’t drive Priuses or take the bus or walk or pedal two wheels. Rural legislators need to recognize that a substantial part of the work force uses public transit (including me when warranted), and we have to have a good public transit system in order to have a city that is economically viable. And face it, Seattle and the other big cities provide far more in tax revenue then they get back. We drivers need to recognize that having folks on the bus or trains helps us reduce congestion, and that (I can’t believe I’m saying this) bike riders need a way to get down the road safely. Transit riders and bus riders need to recognize that the geese that lay golden eggs to pay for their transit systems want good roads to drive on.

Will hell freeze over first? Probably. I’m not at all optimistic that the legislature this session will get something done, and it remains to be seen if voters will approve that whopping $60 bucks a vehicle fee in April. But our elected officials might get some additional support if they bothered to take into account us riders too and adjusted fees for two wheel vehicles accordingly. But don’t hold your breath.