It’s been a tough week in the desert. I’d hoped to be knee deep in the early lives of my friends, but I’ve not been able to. Both have been sick – one seriously ill. At times I’m almost feel that I’m watching and writing the final chapter to their story now – as I’ve yet to spend much time with them to talk about the start of their story.

But I’m not deterred, and I’m reminded of this quote: We shall not cease from exploration, and the end of all our exploring will be to arrive where we started and know the place for the first time. -- TS Elliot   I'm already looking for a place to stay in April/May for another extended visit to work on this book.

You know when two people have been together and care for each other as long as M&M have, watching them cope when the other one is sick or in pain is very touching. Mildred has been very ill and really unable to talk for this past week. Her numerous illnesses and a stroke in the last two years is what prompted me to start this project this year rather than wait any longer. Before I arrived last week she was suffering from some sort of an upper respiratory issue and coughing quite badly and had lost her voice.

Her coughing caused her to slip and fall and she hit her head in the bathroom and had to be rushed to the ER. She was admitted to the giant Eisenhower hospital complex in Palm Desert which feels more like an upscale resort hotel than a hospital. Madelon and I visited her the day after she was admitted. She was lying in her hospital bed looking very frail and vulnerable. Madelon, who was a nurse in her younger days, immediately clicked into “nurse” mode when we got there. Mildred needed to be adjusted in her bed but had no strength to lift and move herself. Rather than call for an orderly or a nurse, she asked me to pull her up higher on the bed.

I was reluctant and hesitant – it’s a very personal thing to do, pick up a frail 94 year-old woman in a hospital gown and move her on the bed. We got her sat up, and showed her how to watch the TV so she could tune into the President’s State of the Union address coming on shortly.  All the while Madelon was being a mother hen, fussing over Mildred in the hospital bed, fluffing her pillows, moving the TV, worrying about the food and water and the nurses. She was directing Mildred to make sure she did this and that and to tell the nurses when she wanted something. It’s adorable to watch her. Poor Mildred was still suffering from her head bump and her cough and was coughing rather badly, but was stubbornly going along with Madelon.

Madelon can’t take care of her alone so after the doctors released her a couple of days later Mildred goes to a rehab/care center. I visit again and she’s looking much better than she had been at the hospital, but still small and frail. Madelon is already there when I arrive and I pull a chair up and hold Mildred’s hand. I tell her she looks 100% better than she did at the hospital and she says she feels better too and is glad to see me.  Madelon describes some new lighting fixtures she had installed and how nice they look and how easy it will be for Mildred to read in her favorite chair with the new overhead lights. Madelon says “I’m glad your strength is back up so you can come home and see them soon”, and Mildred puts her little fists up like a boxer taking his stance. I try not to let my eyes water.

Mildred says she has some “things she needs to discuss with Madelon” so I excuse myself, and Madelon walks me out, taking my arm. She confides in me that she’s beginning to think that Mildred won’t be coming back to their apartment. I ask “at all?” and she says, “I sometimes think that. She’s 94!” “I know, but she’s resilient”. “That she is” Madelon replies. “That she is.” 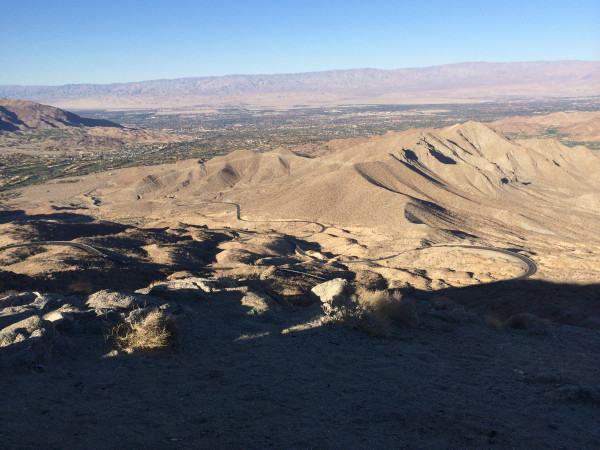 A week after the first day in Eisenhower, I swing by the care/rehab center on my way to the gym in the morning to look in on Mildred. She looks 100% better from the other day; she’s alert and talkative. She asked about the weather and how much longer I’m staying. I tell her that I’ll be here another two weeks at least, and back again probably in April. She says, “you really should move here.” I said Madelon says the same thing. “Maybe I will one day, but I hate the summers.” “The summers are hell – but you adjust”. She asks why I look like I’m going to the gym. “Because I am – I’m about to head there but wanted to see you on my way.” “Your arms are sure big.” I blush. And say “thanks” just as the nurse comes in to get her “cleaned up and ready for the day”, so I excuse myself, and head to the gym.